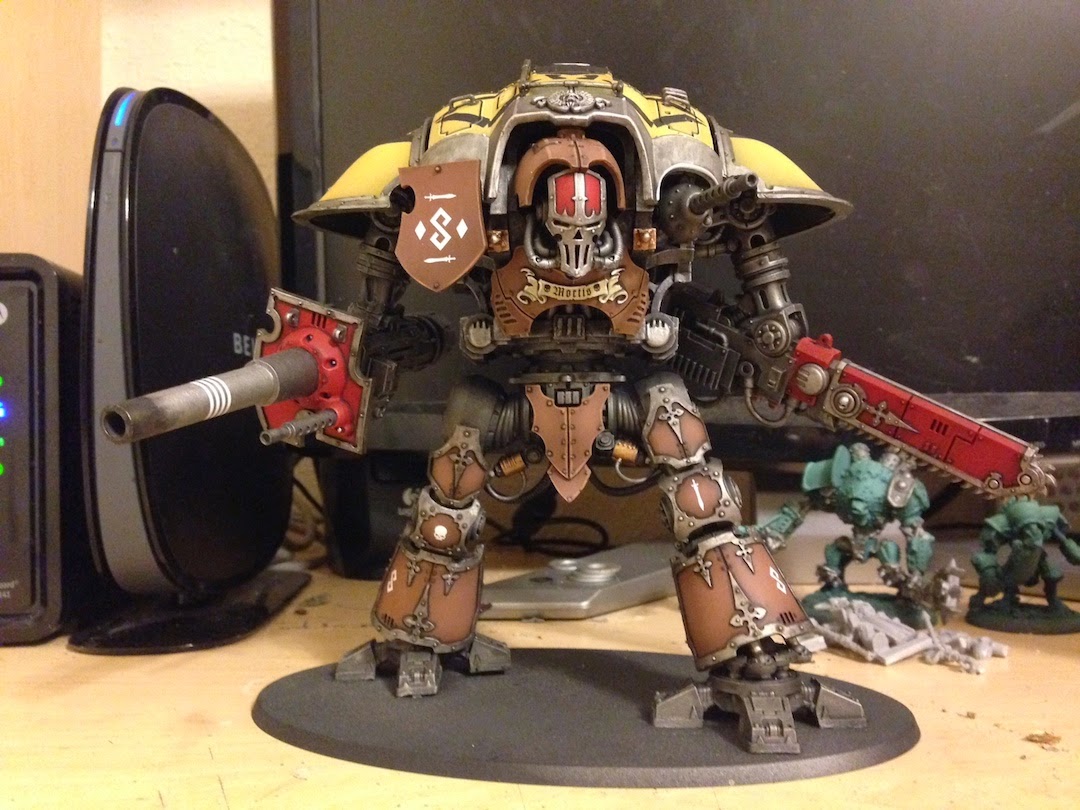 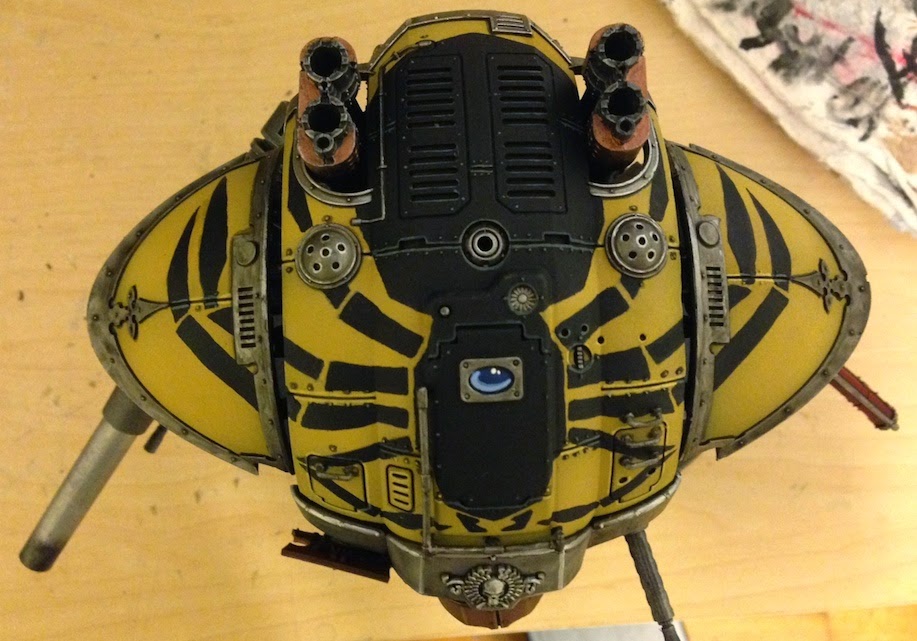 The last of the normal Imperial Knights is finished except for its base. This is my take on the Freeblade Knight Auric Arachnus. I really wanted to challenge myself with this model. Yellow is not the easiest color to work with and I got to do some freehand work on the spider. I couldn't be more pleased with the way this model looks. 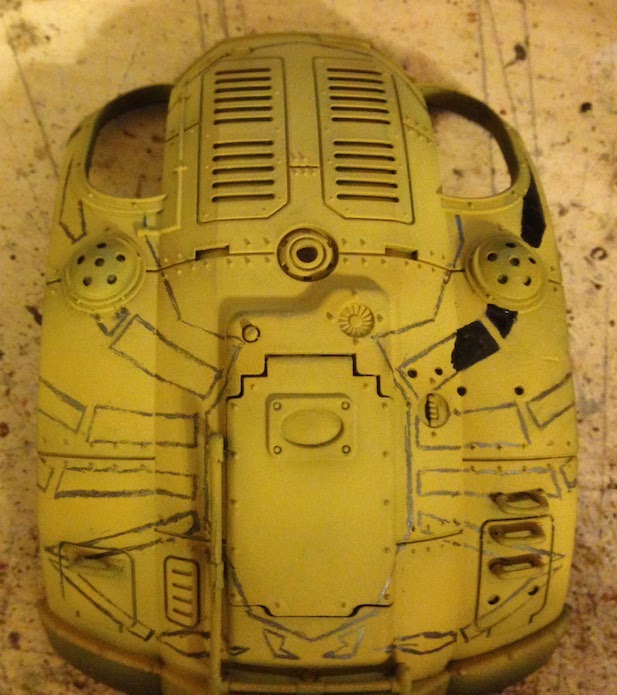 I also finally got a game in with the Adamantine Lance formation and was pleasantly surprised to see it didn't just walk through my opponent. Game pics after the jump.

The Lancer was being run as a Knight Paladin. His superheavy was the one with the strength D shots. In the end the only things I had left standing were the Paladin, 5 Dire Avengers, and a Wave Serpent. Somehow I still managed to snake out a win. As I recall the final score was 11-7. We tied on objectives but I had all the secondaries and a point for killing one of his heavies as it was a Big Guns Never Tire scenario. 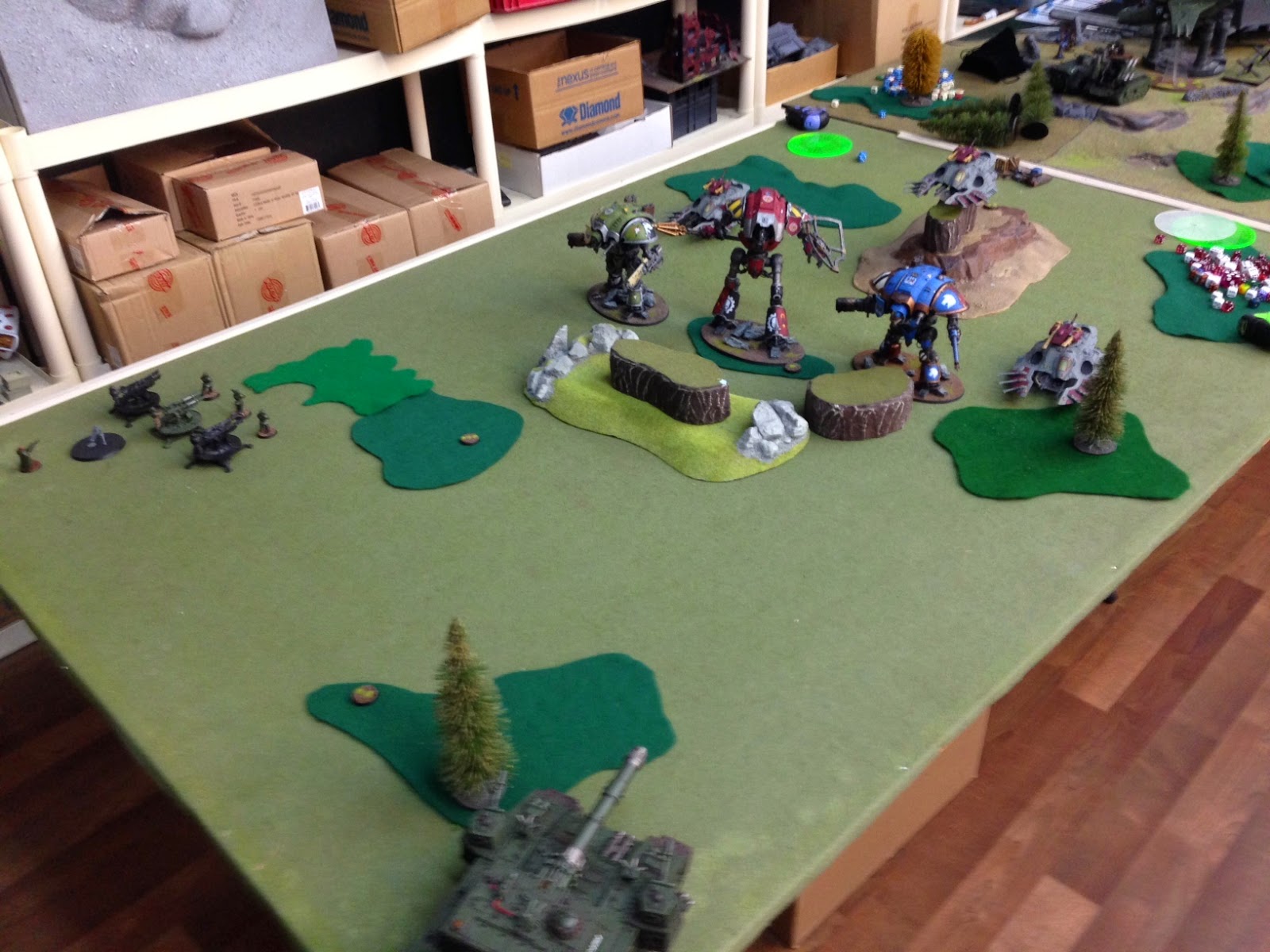 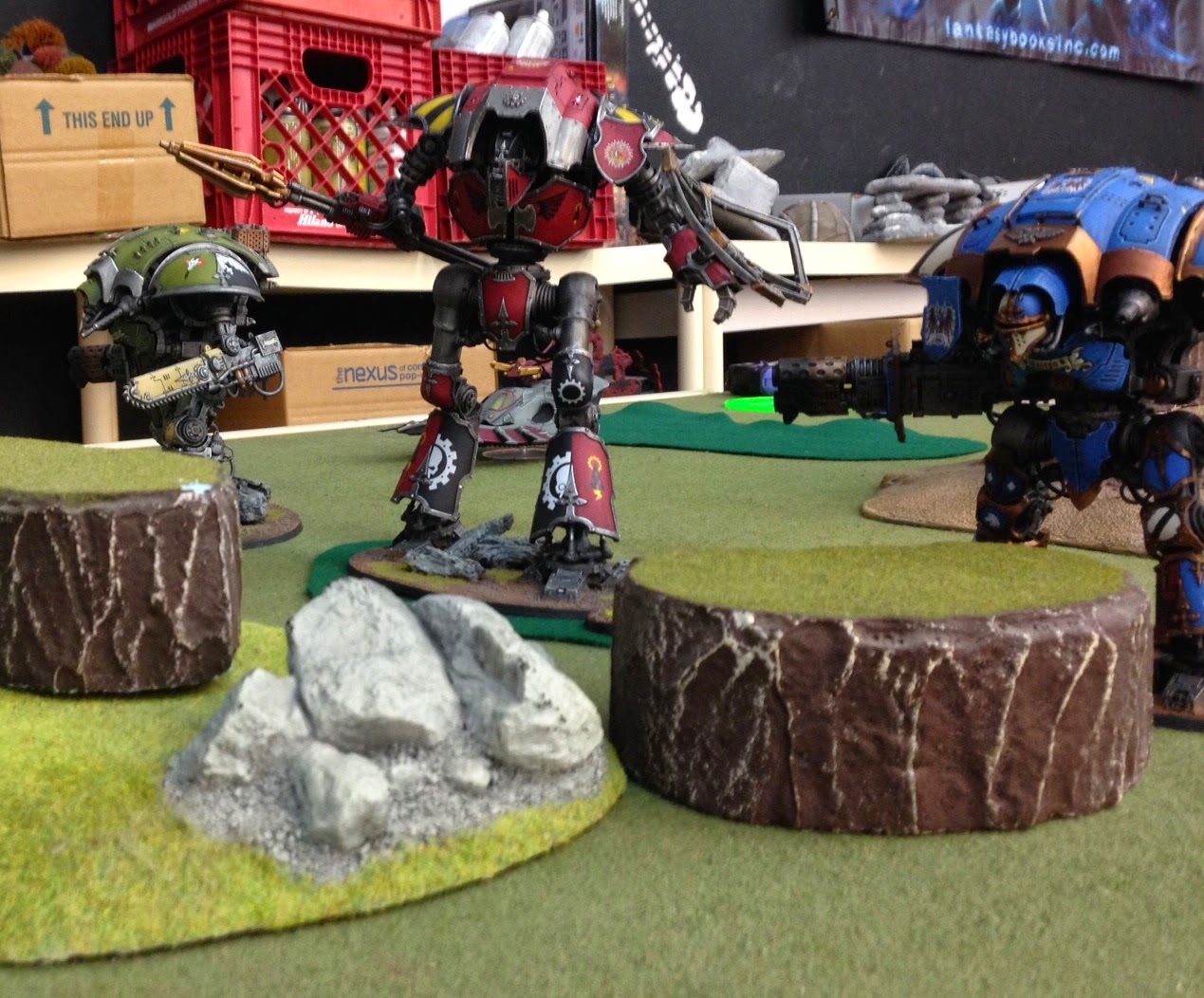 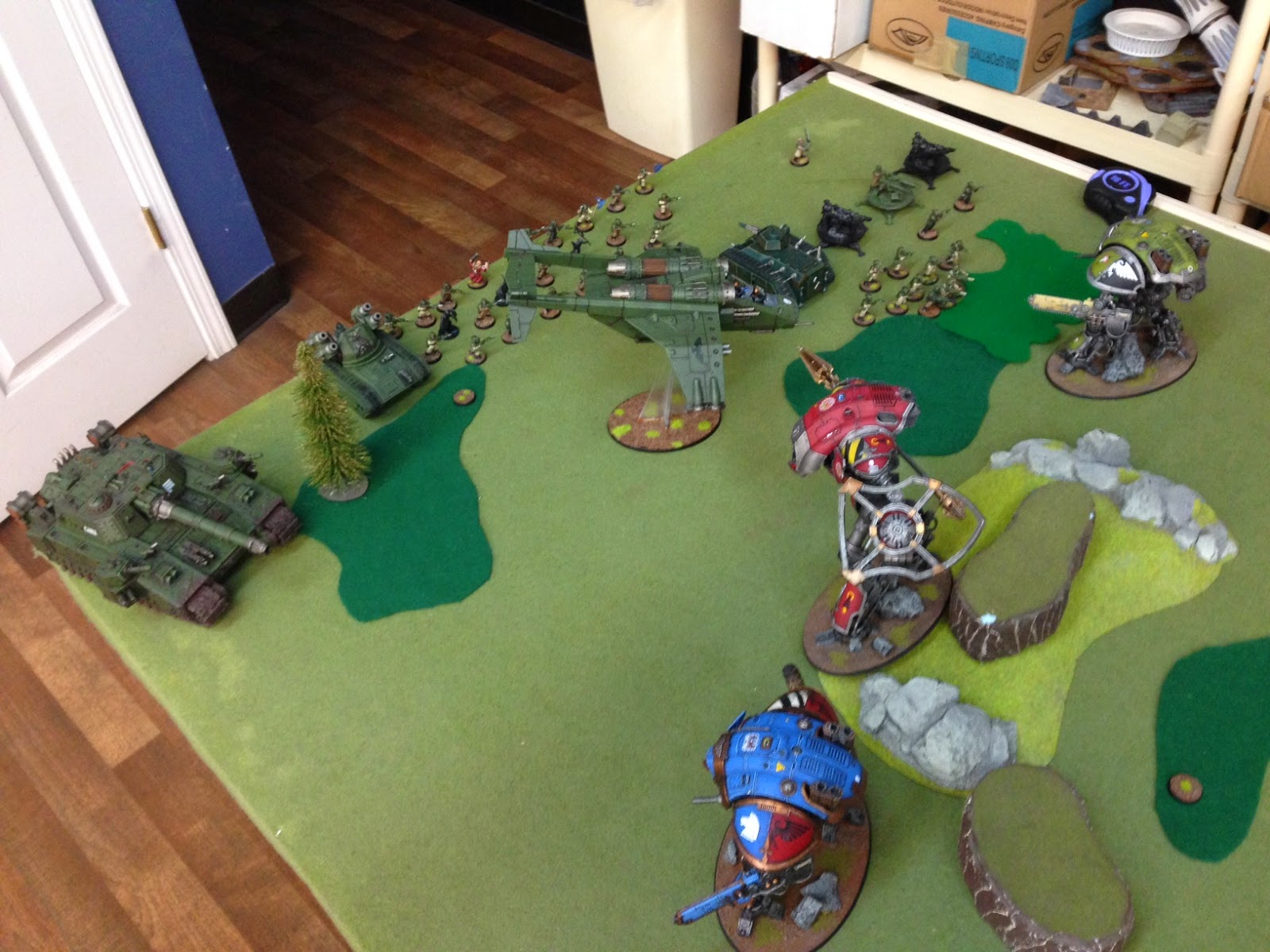 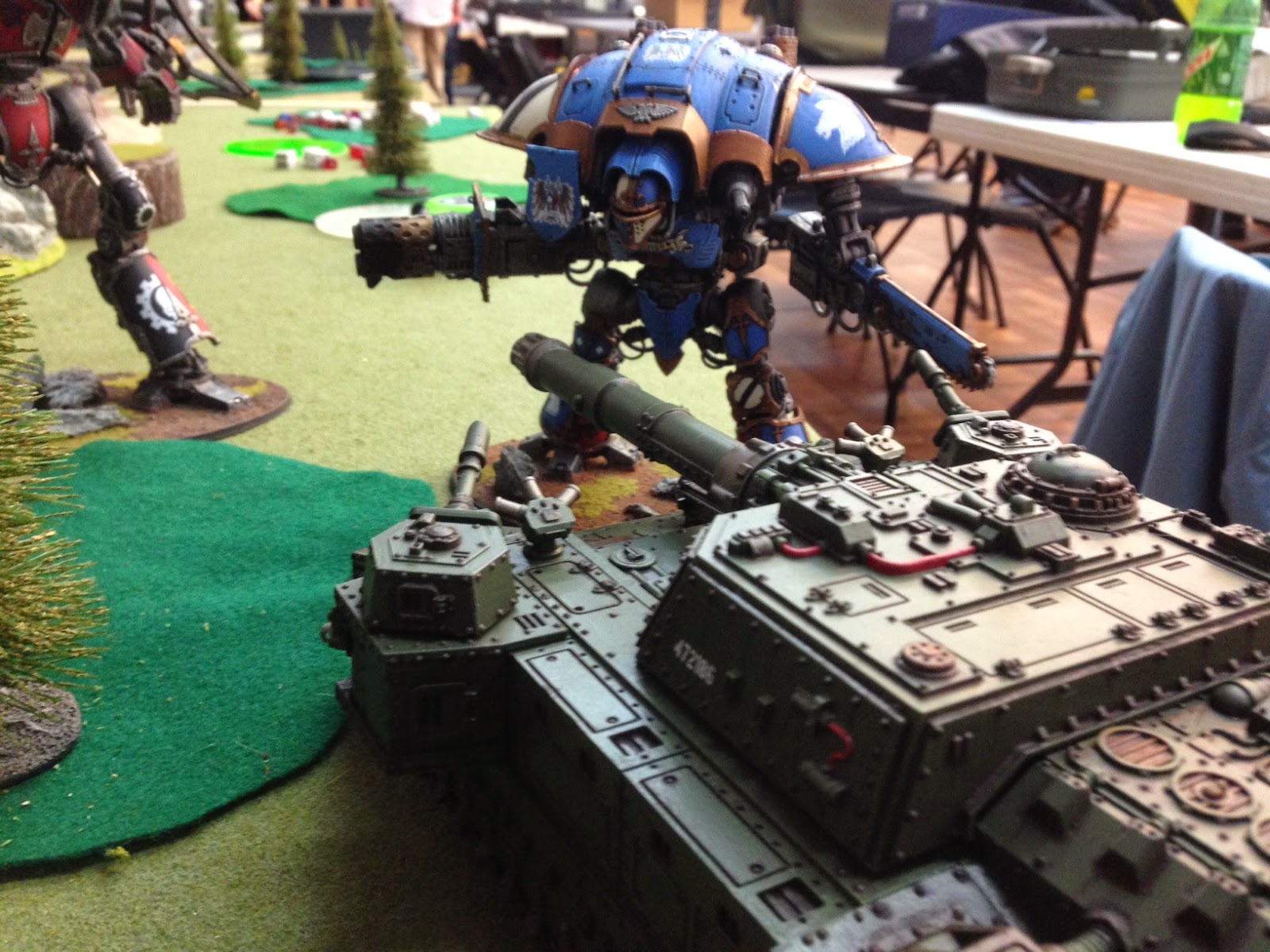 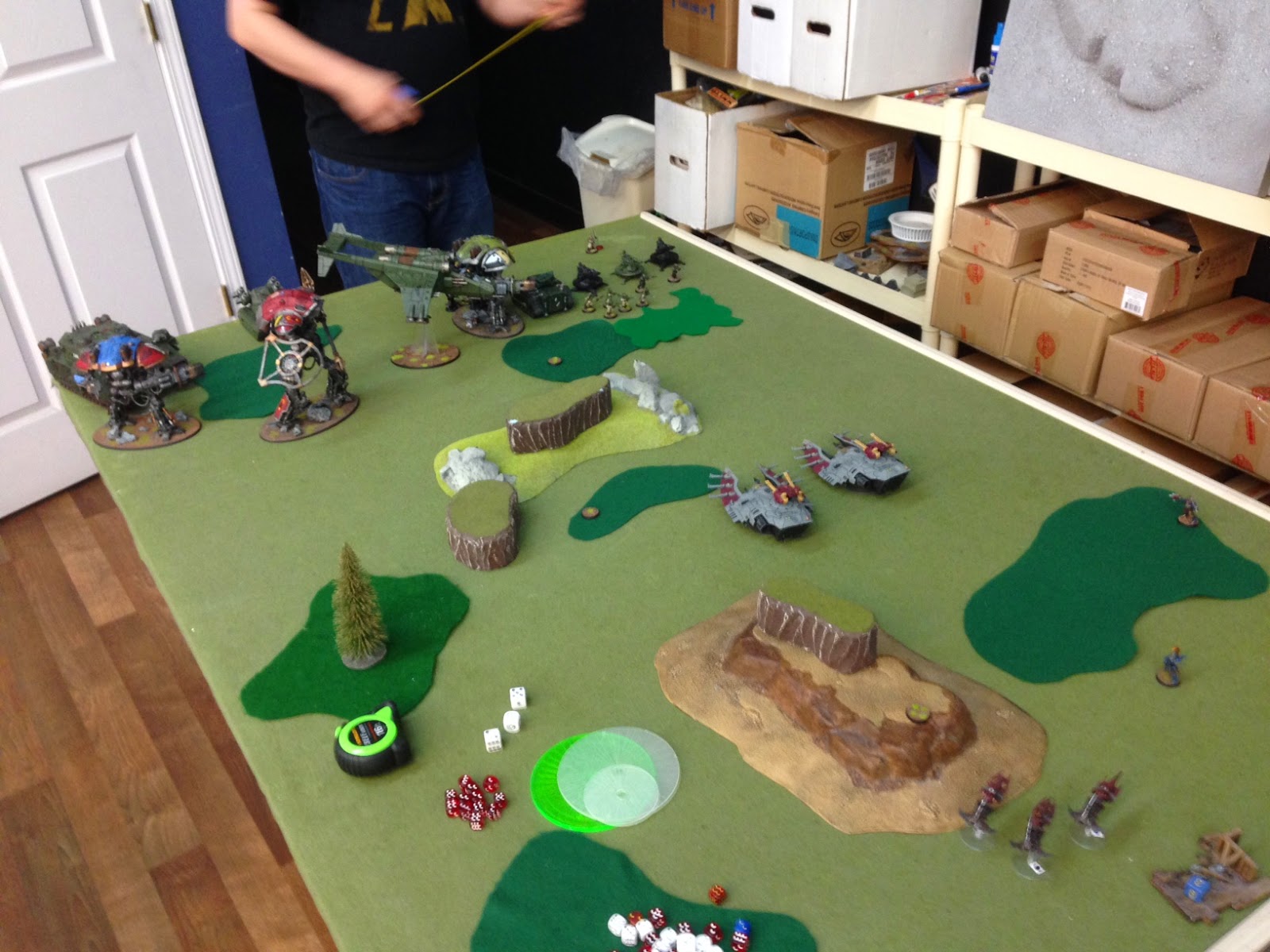 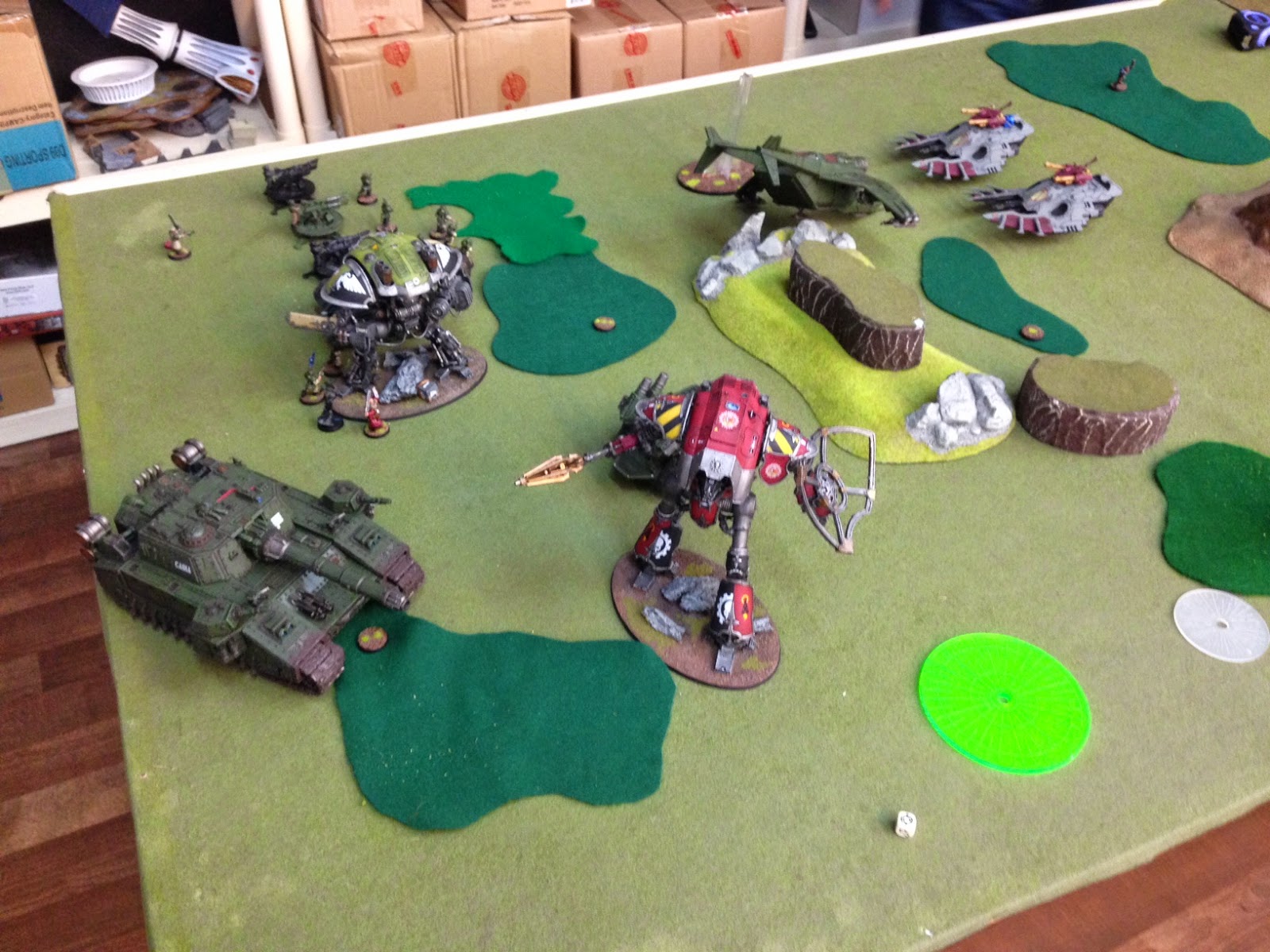 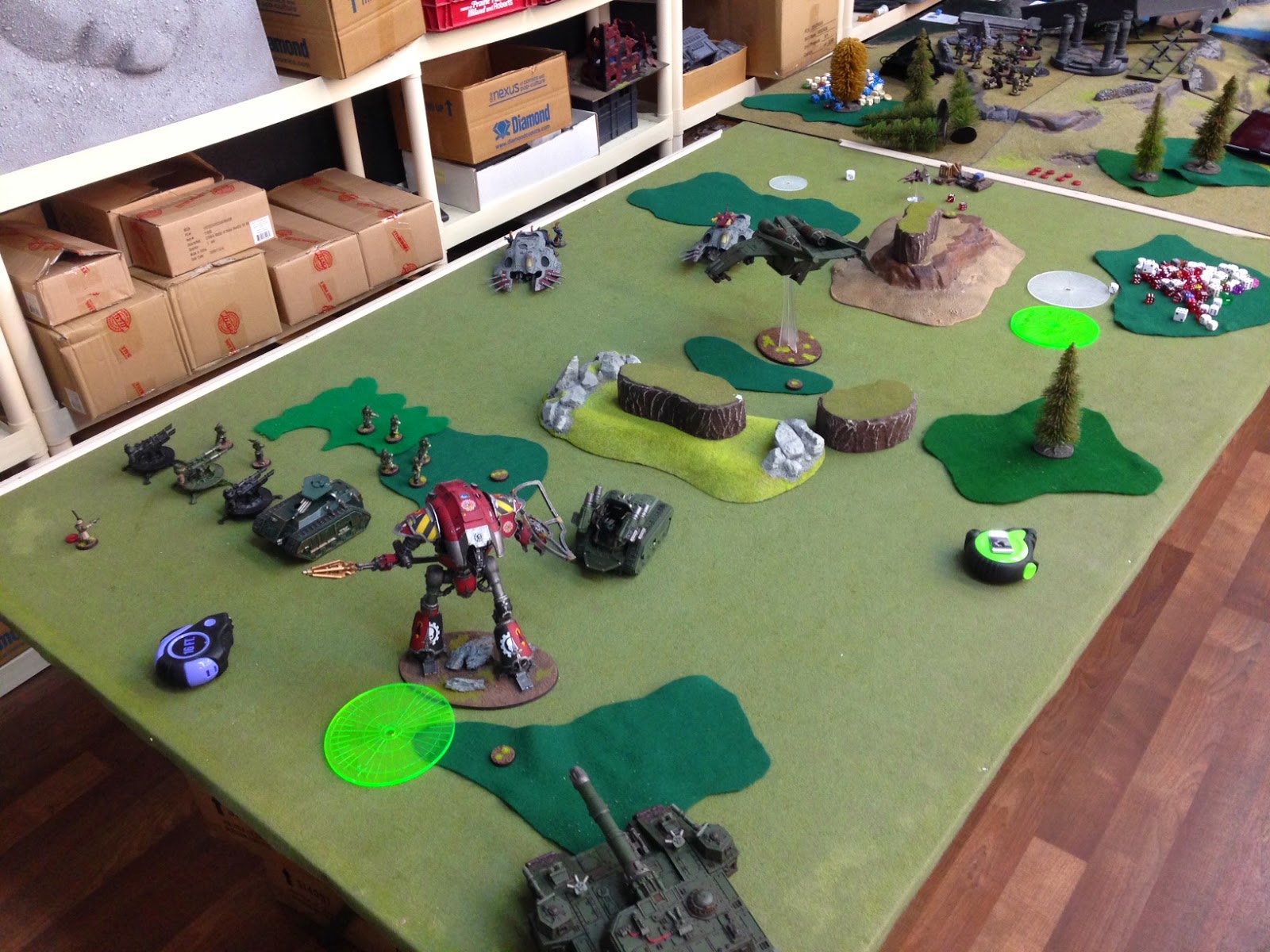 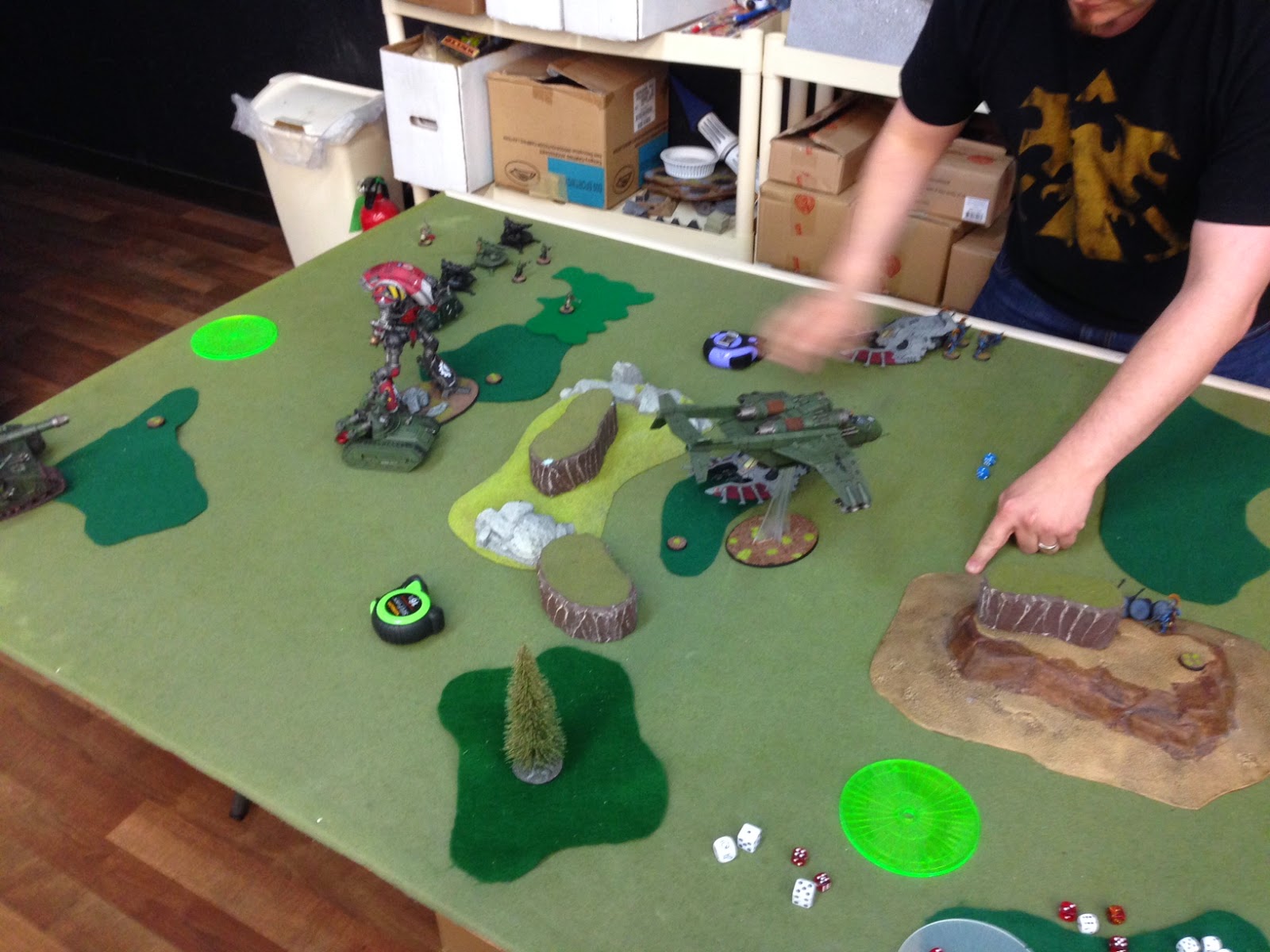 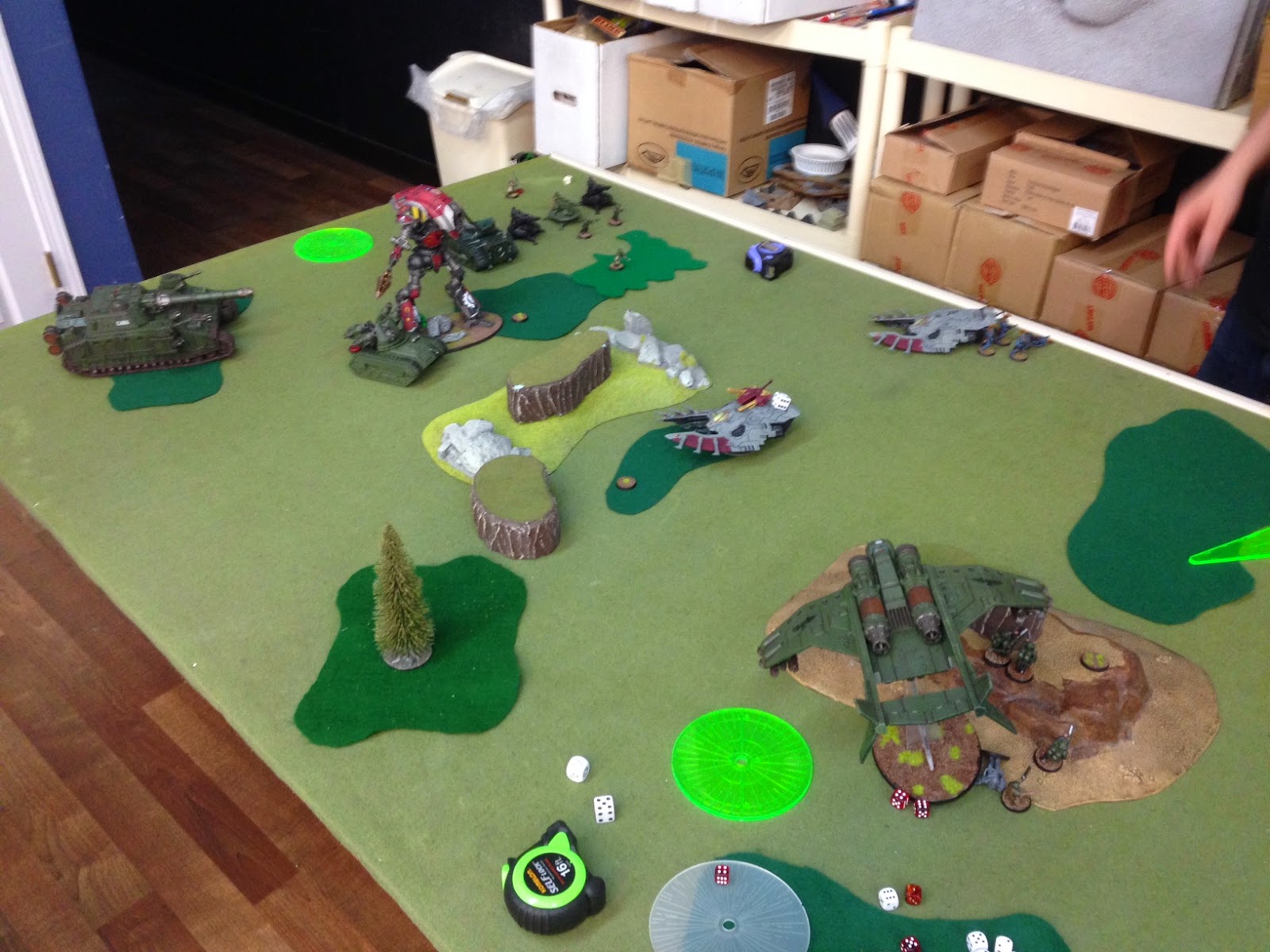