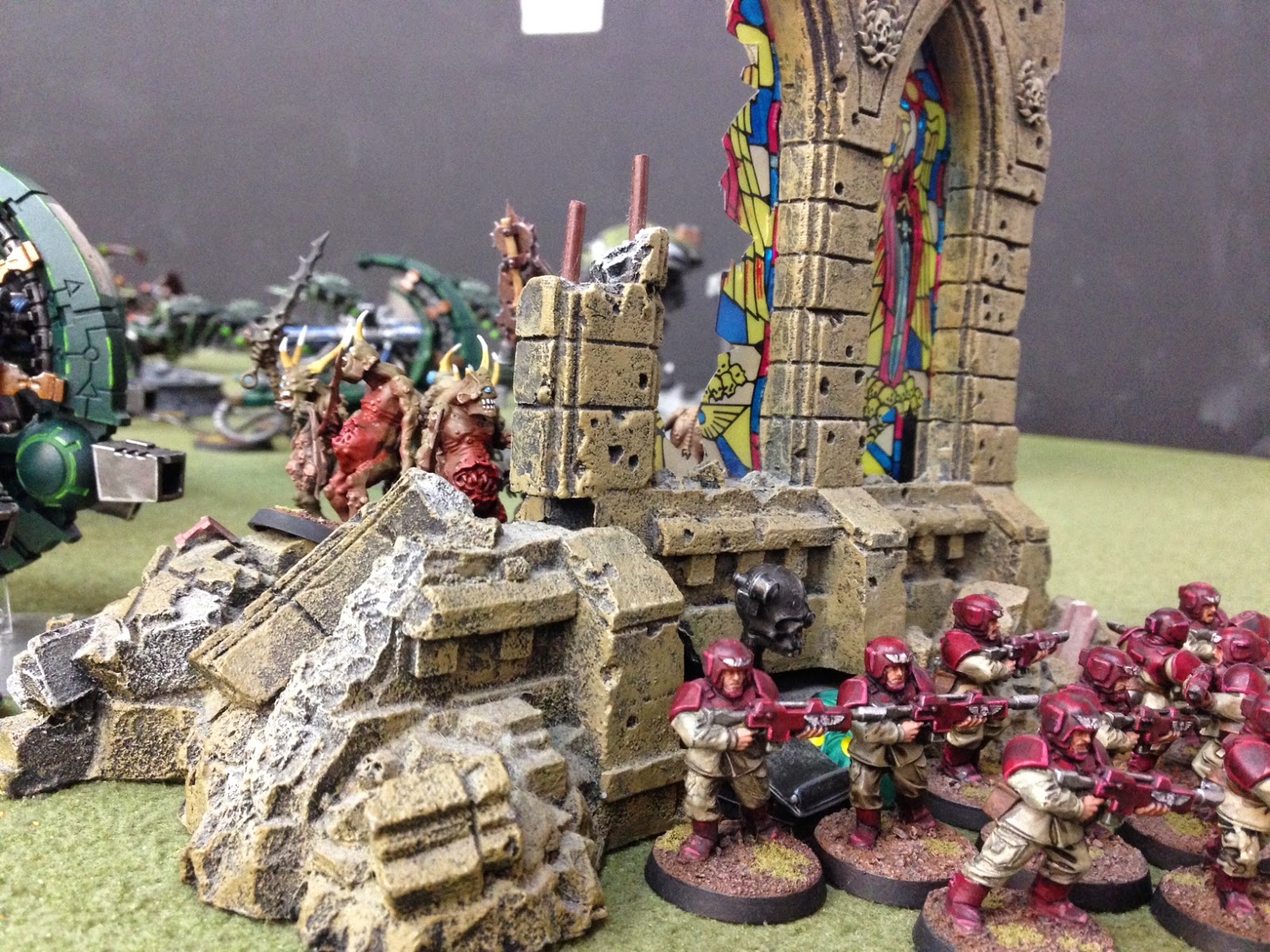 A new league started at the FLGS this month. It's been using the Las Vegas Open style missions. We have a good sized group going to the LVO next year and wanted them to have some experience with the missions. I for one hope these missions become the norm at the club. It's a great mix of both Eternal War and Maelstrom mission styles, and it adds a lot more depth to the game. All of the missions can be found here if you are curious about them. The following is a quick summary of my games so far.

My List (Necrons, Chaos Space Marines, Imperial Knight): This is the list I plan on running for the entire league unless my opponent decides they don't want me to include the Imperial Knight. In which case he will be switched out for 2 units of Necron Warriors in Ghost Arcs.

The Law here with an Adepticon posting. I registered for the Friendly tourney this year and am looking forward to my first Adepticon. I'll be running my Raven Guard and though I have to paint several units yet I think the deadline will push me to get it done. I wanted to throw my list out there for some comments and critiques before I get too far along on my painting and don't have time to change it. So with out further delay here is Task Force Talon:

Now I realize that two Forgeworld models may not seem all that friendly to some so I'm torn about that. I can easily use Korvydae as a standard captain for the same amount of points and the contemptor as an Iron Clad. That being said I still have to assemble and paint all the scouts, the rhino, the landspeeder storm and the librarian. Not impossible and I think very doable with the storm probably being the biggest pain.

The overall plan is for the Assault Marines and Korvydae to move up one of the flanks and tear into to enemy infantry. The sniper scouts will be positioned in cover to provide supporting fire as needed and hold a home objective if needed. The small tac squad will be joined by the librarian and hold a home objective and use the Razorback as fire support. The shotgun scouts will basically run around in the Storm doing drive bys and holding/contest objectives late in the game. The full size tac squad will push forward to hold an objective and probably screen the assault marines to some extent. The contemptor rides in the Storm raven and jumps in where his heavy flamers and close combat skills can do work. The storm raven then provides anti tank/ anti flyer support as needed. 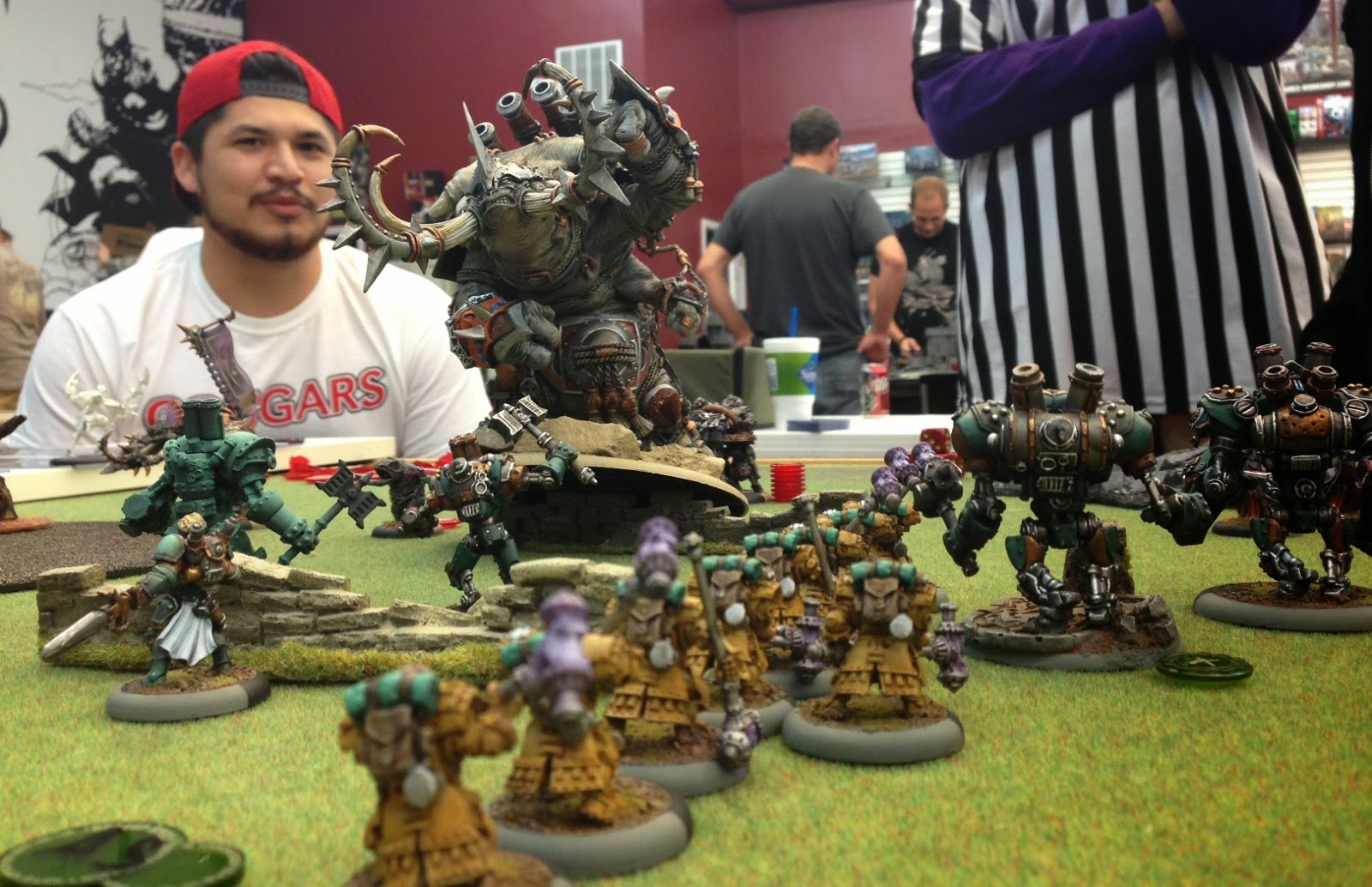 My obsession with Warmahordes is at an all time high right now. After Playing against Dan's colossal Mammoth this past week, I am vowing to get a large based model for my next purchase/tournament win. I traded a Riptide I've had sitting around in its plastic wrap since the Titan Tournament in April, earlier this week for some Hordes models. Thanks to Reddit's /r/miniswap I managed to get about 50 points of Circle Orboros models from someone who was looking to get out of the hobby. Quite the deal. I painted up my first model from that haul last night. 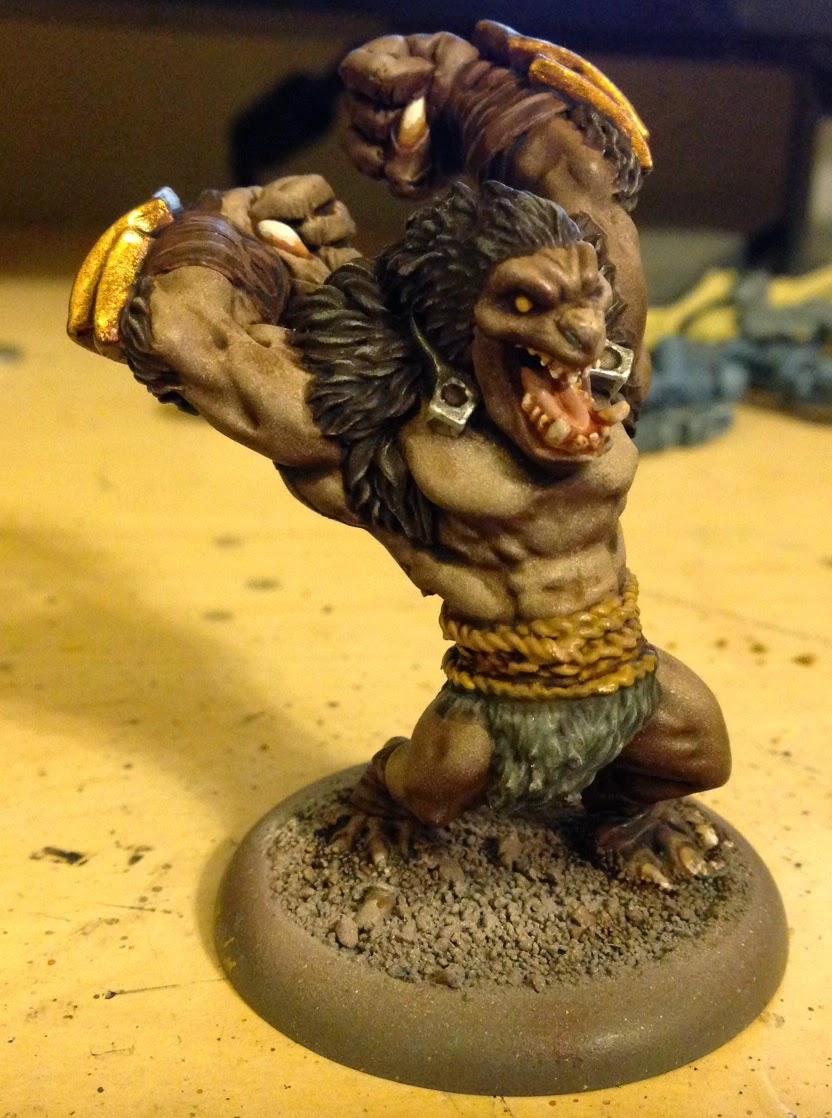 The new models aren't going to be seeing the tabletop anytime soon though. The new 40k league starts this week at Fantasy Books and Games and I plan on bringing the Imperial Knight to the fray. I'm not sure which army/armies I'm going to run him with but he's definitely going to get some play time. The missions are all going to be Las Vegas Open missions which is a nice change from the straight Maelstrom missions that we had been doing.
An awesome post by Capnmoe 1 comment:
Newer Posts Older Posts Home
Subscribe to: Posts (Atom)