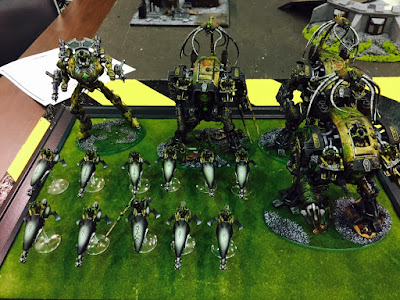 Eldar and Imperial Knights ruled the day. There was even an Eldar list that had 5 Wraithknights. I must say, I expected that list to completely run away with the win. To my, and I would imagine many other's surprise, he was tabled in the first round and started the day with a 0. All of the top Eldar lists contained a Farseer, jet bikes, and a Wraithknight. While the odd man Tau/Tyranids list had 3 Riptides, 3 Skyrays, and 3 flying Hive Tyrants. All brutal lists to say the least.
Capnmoe was running his Eldar/Imperial Knights Combo 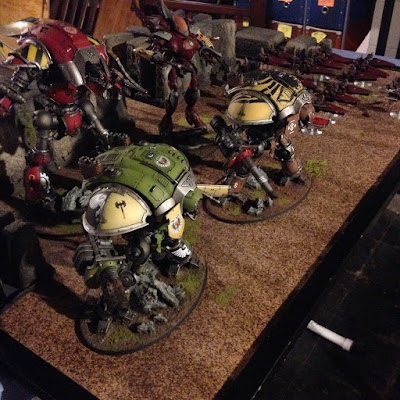 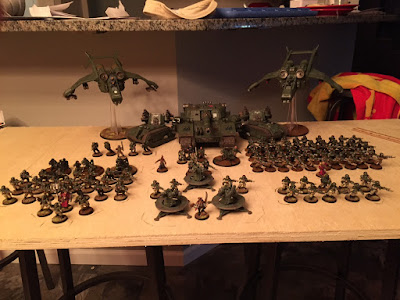 Full lists and game summaries after the jump.
READ MORE!!!
An awesome post by Capnmoe 2 comments:

I am very excited for Wrath of Kings 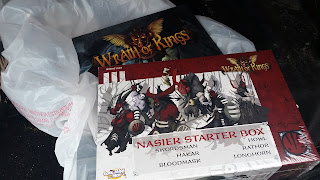 Soooo, for my birthday last week I picked up Wrath of Kings.  I have been eyeballing this game since I saw the painted models at Adepticon last year.  Well, the time was right and I picked up the book and a House Nasier starter box....

DieCon and the Gateway Grand Tournament 2015 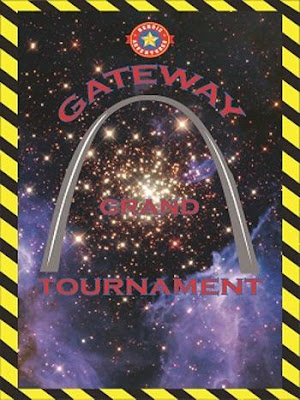 This weekend is DieCon and the 2015 Gateway Grand Tournament! The majority of my 40k year is spent preparing for this tournament alone. A list of events and tickets can found and purchased here http://www.diecon.com/Main/. For the past 2 years I've won the title of "Best General" at this event. Hopefully this year I can finally manage to grab Overall Winner. If you love gaming, this is the place to be this weekend. I know they are also hosting Zone Mortalis, a 40k Character battle Royale, Combat Patrol, an Apocalypse game, War Hammer Fantasy, as well as open play. They also run a huge amount of Warmachine/Hordes, X-wing, and just about any board game or RPG you can think of. This year I'm bringing out my Eldar/Imperial Knight combo. Everything is painted and ready to roll. Bill Keys will also be playing in the tournament with his Astra Militarum. Can the Lonely Havocs bring the noise again this year? Stay tuned for updates. 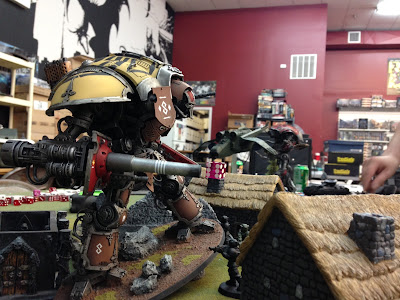