I know this blog is mainly for 40K but I just finished a mini to use as my character in the Pathfinder RPG and I thought I'd share it with you guys. I present Harek Cinderaxe a human Ranger.


It's actually had to tell in that picture but this a metal mini. I'd already decided a didn't like the swords so decided to chop them off and add axes instead. Because axes make everything better. After some quick kit bashing from my dwarf warriors boxes I found two suitable axes and converted him.

After a quick basecoat of black spray paint it was time to start painting. Since he's a ranger and all I decided to stick with browns and greens for his colors.


I went with a lighter brown/tan for his under clothes and a very dark brown for his boots, gloves, and armor. The cloak is a nice dark green for blending in with the woods and such. I wasn't sure what to do with the axes but then I remembered that fire makes everything better and that Harek had flaming axes and went with that theme. 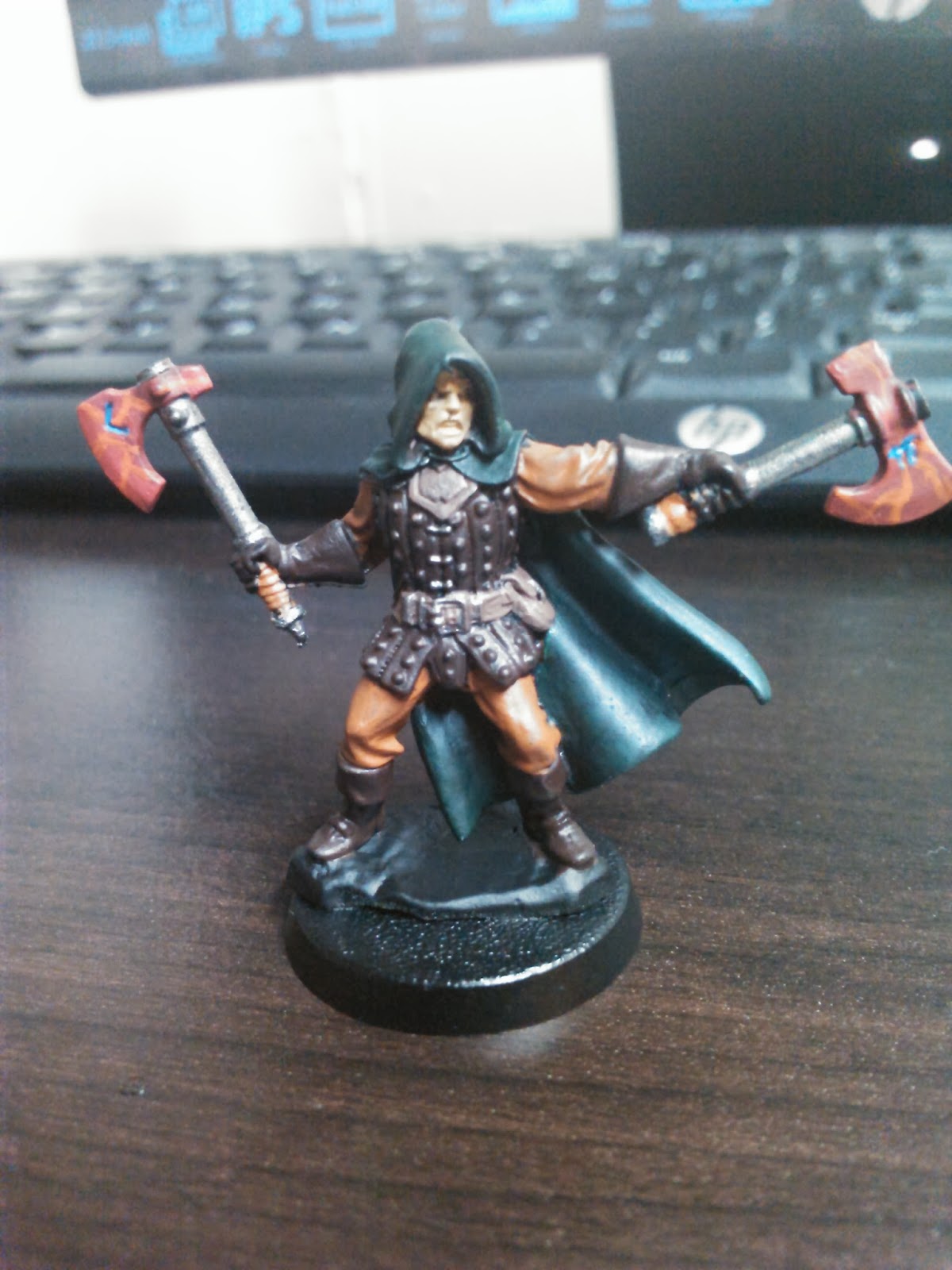 Here you can see the finished model. I still need to clear coat him to protect him but he's done as far as color goes. The axes were basecoated in red and then a bright orange used to create the lines. I think it gives the right sense that these axes mean business! Overall I'm really happy with how it turned out!
An awesome post by The Law