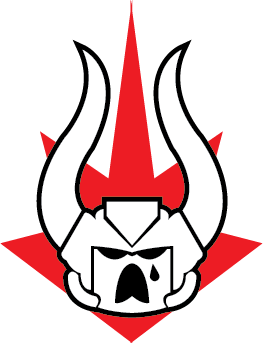 We here at The Lonely Havocs like to play pretend, so we thought what if we had a scenario that was like a Michael Bay movie, with lots of cool explosions and no real plot and so much action you have a seizure?  Well quicker than you can say "Megan Fox's weird thumbs" I whipped up this Mission.  We did some extensive playtesting, and found the destructiveness (is that word?) to be pleasing.


Enjoy!  If you try it, let us know what you think:

A convoy ship has crashed, forcing its crew to eject highly valuable experimental Plasma Coils onto the planet below. Unfortunately the impact of them crashing to the ground has left them highly unstable, and they could explode at any moment. The Coils are valuable to the Imperium, Xenos and Chaos powers alike, one hopes to unleash their destructive power against the other. Who will get them first?

D3+3 objectives in the center of the table, placed 2 inch apart in a circle (use a large blast template to arrange them, they should all fit beneath it)

Objectives are Plasma Coils, they count as an infantry model (use a small objective counter!) with the following profile:

-the Plasma Coil may be destroyed, but cannot be targeted directly

If a Plasma Coil is reduced to 0 wounds, remove it and place a large blast marker in its place. Models under the blast take a S6 AP3 hit.

-A unit takes control of the Plasma Coil by moving within 2 inches of it during the movement phase and declaring that it has taken the Plasma Coil, it is then treated as an additional model in the unit

-The Plasma Coils count as an additional model to the unit, and must maintain unit coherency

Any unit can carry the Plasma Coil with the following exceptions:

-A single unit can only carry a single Plasma Coil


-The unit must be made up of infantry models only

A unit carrying the Plasma Coil may embark vehicles with the following exceptions:

-there is enough room in the vehicle (the Plasma Coil counts as a model that is bulky, therefore takes up two “slots” in a vehicle)

-If the vehicle is wrecked or destroyed, each model embarked will take a ST6 AP3 hit.


-If a vehicle loses a hull point, roll a D6.  On a roll of 1, the vehicle will take a ST6 AP3 hit on its rear armor, and each model embarked will also take a ST6 AP3 hit. (even if the lost hull point is a result of the Plasma Coil exploding the first time, IE "it really blows the hell up!")

A unit carrying a Plasma Coil must attempt to reach its deployment zone.

At the end of the game:

-For each unit that reaches its friendly deployment zone with a Plasma Coil, three victory points are scored

-For each unit carrying a Plasma Coil but does not make it to its deployment zone(and that unit has at least two models left), it gains one victory point

-points are awarded for FB, LB or STW as standard.

HAVE FUN!
An awesome post by Squoze, Herald of Nurgle