Making the best of beat up models: weathering a storm raven

So I picked up a storm raven for cheap on eBay.  This thing had more layers of paint on it than any poor model should have to endure. 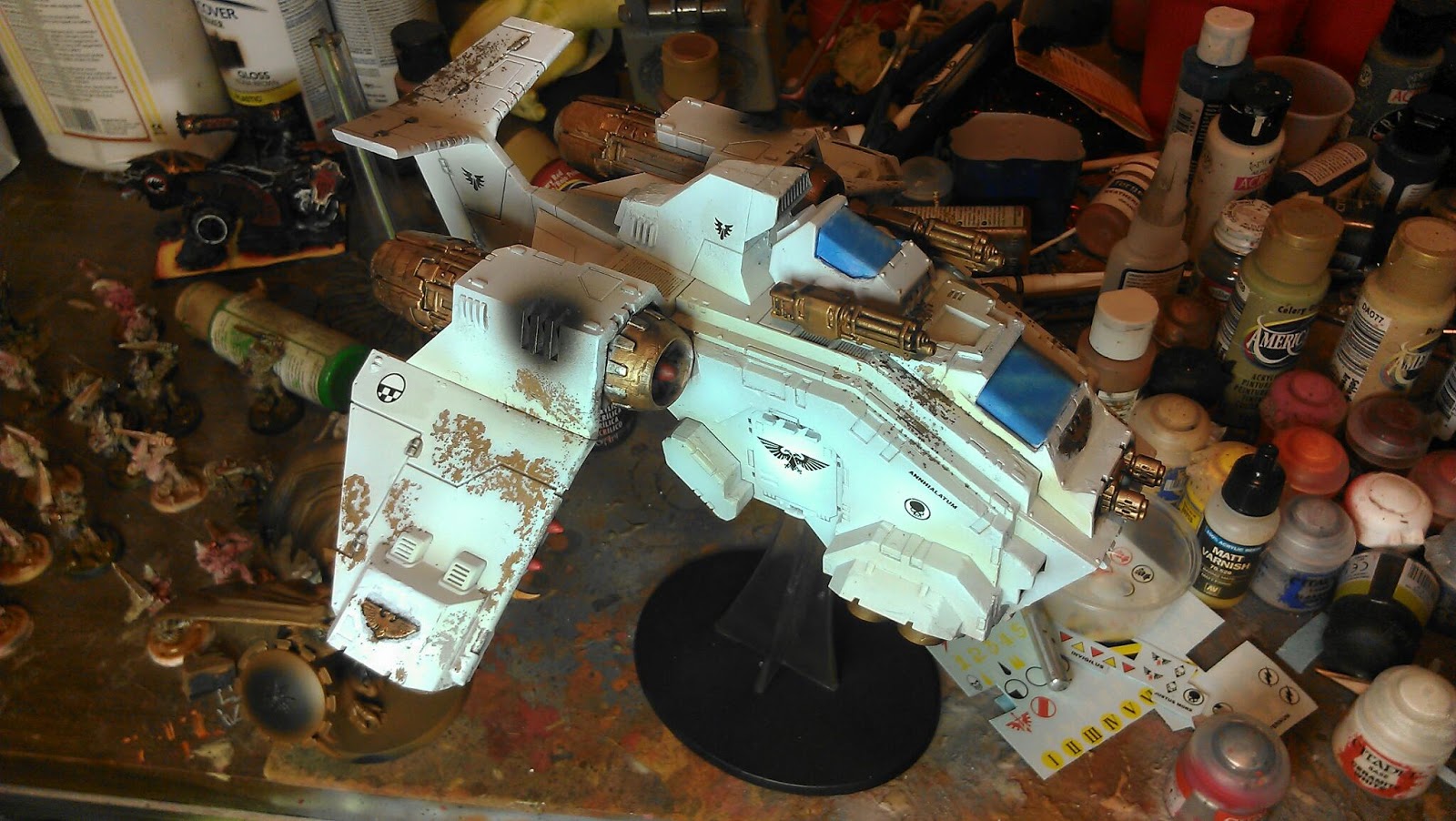 Many scrubs and scrapes later, I got moat of it off, but managed to scrape into the plastic here and there.  The only answer?  Make it look like that shit was on purpose.
Weathering was done with salt.  A bit of water is applied here and there, then salt poured over it so it sticks.  Let it dry, then paint.  Once that layer dries, rinse the salt to reveal the paint underneath.  Makes an awesome weathered look.  This flyer has seen some shit man, and those spess mareens need to do some serious corrosion control. 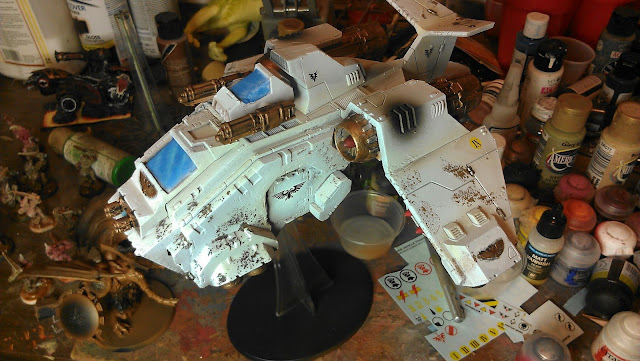