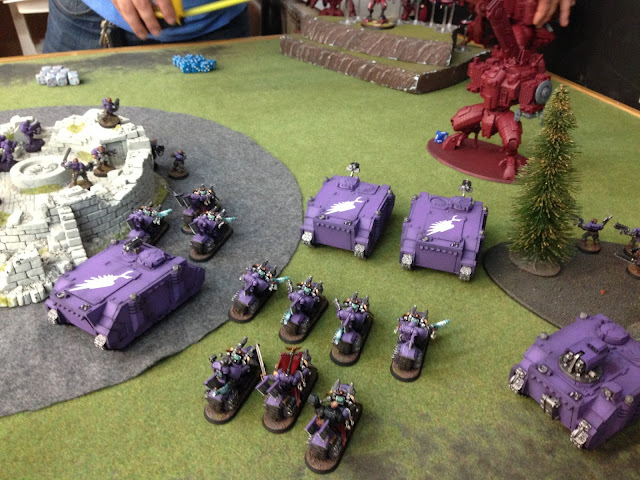 The bikes are done. Well, the bikes I need for my Battle Company are done. I just couldn't bring myself to finish the last 4 Ravenwing Command Squad bikers. At least they are base coated and ready to be washed when I get back around to finishing them. 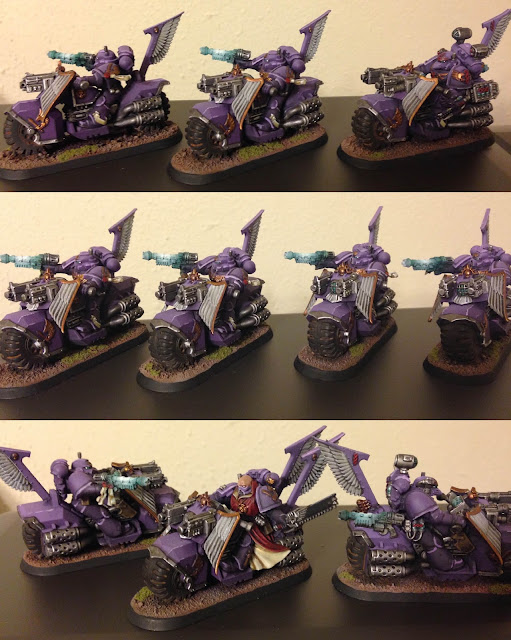 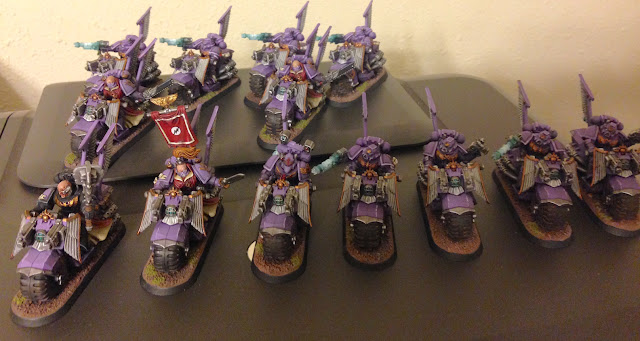 As you can tell from the first pic, I've already moved on to the 7 Rhino/Razorbacks that make up the next portion of my Battle Company. After getting the Betrayal at Calth box set for Christmas, I decided to make my Space Marines army into Pre-Heresy Emperor's Children. That way I can use it for both systems. Luckily a lot of the Dark Angles iconography is similar to the Emperor's Children theme. I figure if I keep the colors consistent then the armies mixture of models will still mesh well. The rest of the month will be spent working on these vehicles and the last 5 man unit of Scouts I need for the 10th Company portion of my Gladius. 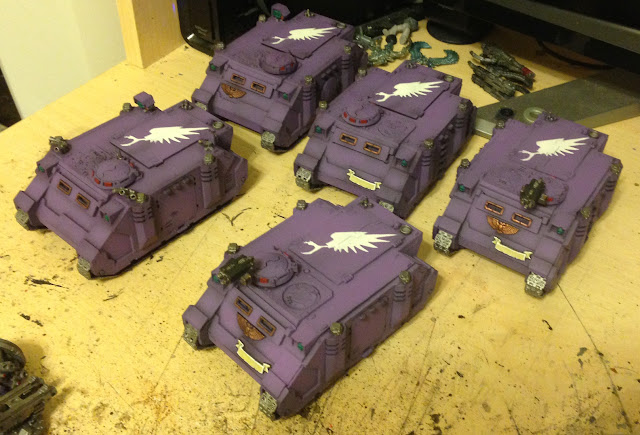 I got in 2 practice games this weekend against Bill Keys and his Tau. Forgetting that I had hit and run nearly cost me the first game. I couldn't get any shots into his Stormsurges because he kept assaulting me. By the end I still managed to eek out the win with only 2 Vehicles left on the board. Had it gone to turn 6 I would have gotten tabled. The second game he was not so lucky. I dick punched him hard this game and he conceded by turn 4. The Adepticon missions are odd. They are similar to Warmachine in that there's a large area that you have to contest or hold to gain cumulative points over the coarse of the game. Fortunately for armies like Battle Company which are almost 100% Objective Secured, this plays to their advantage. Looking forward to more practice with the army this Thursday. 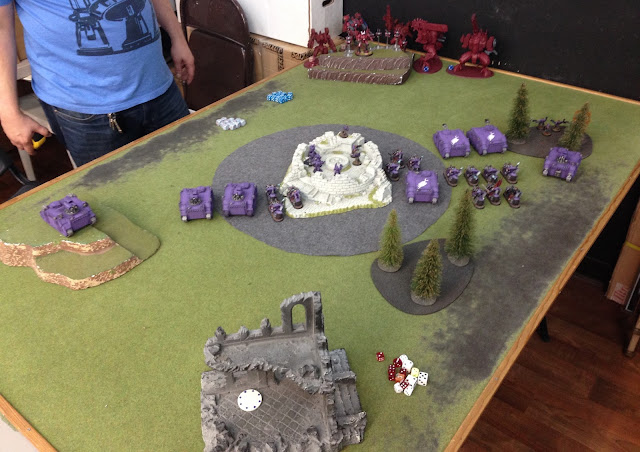 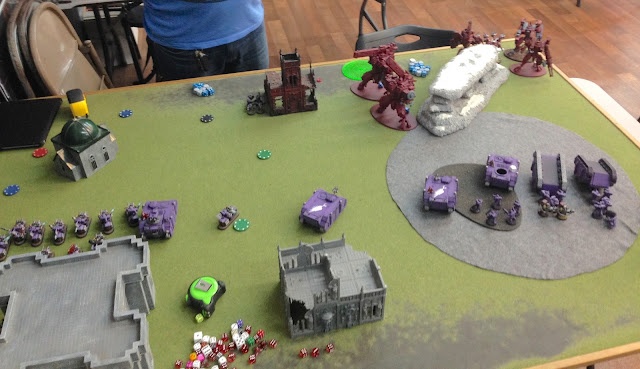