Monday nights are open play for 40K at Valhalla's Gate in Columbia, MO. I started going to this about 4 weeks ago and have met some interesting people. So far I noticed that almost all of the people there run tournament lists and despite being competitive are actually fun to play against.

Last night I played against an 1850 point Imperial Guard Tank list with space marine allies. I decided to play a bit differently and ran a wraith host formation consisting of 3 squads of wraithguard with one having d scythes and the two cannon squads mounted in wave serpents with a spirit seer and a farseer. I had to also take a wraith lord which is something I haven't done since fourth edition and of course the wraith knight. The thing that makes this formation cool is that it gives all of my wraith units battle focus and allows me to re-roll failed hits on enemy units within 18 inches of the spiritseer. So in addition to that mess I also took a squadron of three jet bikes with shuriken cannons, the farseer, fire dragons on foot, dark reapers and a 6 man squad of dire avengers with exarch. My opponent as you can tell from the pictures was running a tank heavy list commanded by knight commander pask in leman russ with the damn gatling cannon and two leman russ plasma nightmares.

Things initially looked grim because I had really no long range fire support that could hurt those damn leman russ tanks, but I quickly realized that battle focus on wraith guard disembarking from a wave serpent is pretty legit, and makes them super fast. After tearing some stuff up it was his turn to unleash the hurt by shooting a literal fuck ton shots into my wraith knight and wave serpent. Luckily I onl lost 1 wound from my knight and a hull point from my wave serpent. Next turn things didn't work out as well and he obliterated my right flank with even more fire than the previous turn.

In conclusion, I lost. But I still had fun, which is all that matters, and I also realized that there were more than a few rules and abilities I forgot to utilize. Shame on me, can;t forget next time! Enjoy the pics! The pics taken were of mostly my game but I also snagged a few of some of the other games going on and the different armies being played! I hope you guys enjoy! There is a lot of well painted stuff! 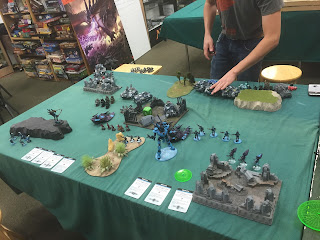 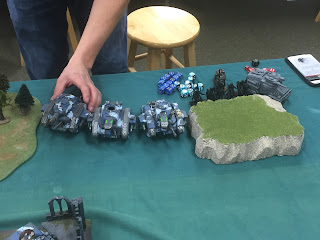 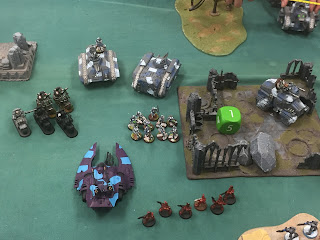 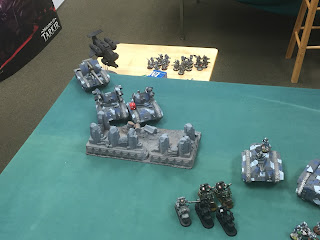 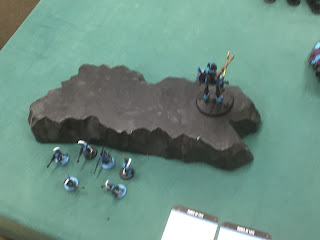 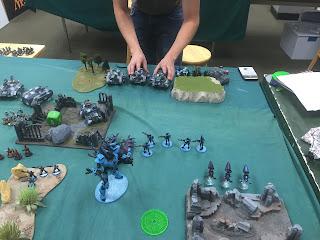 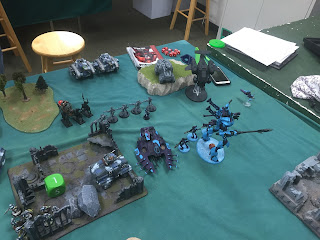 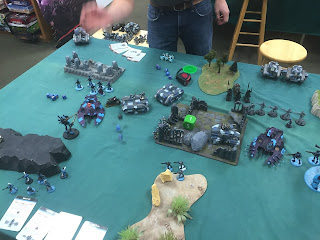 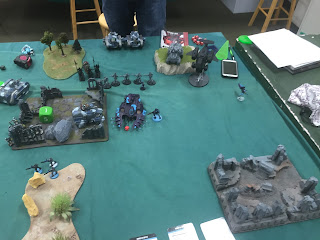 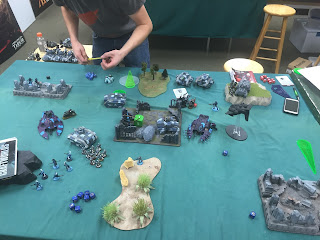 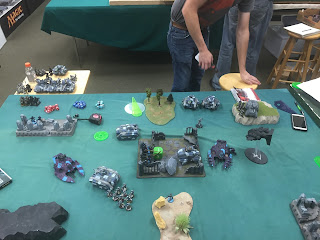 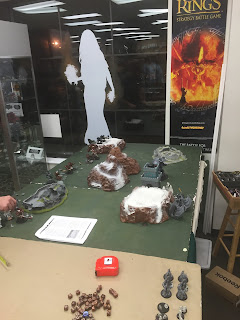 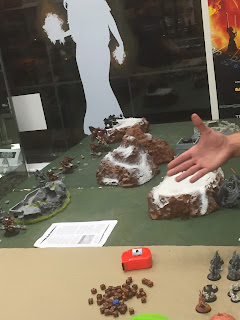 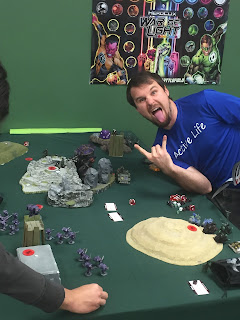 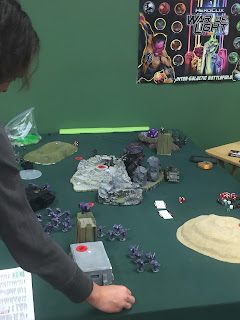 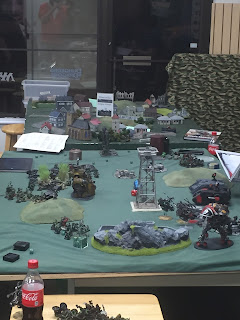 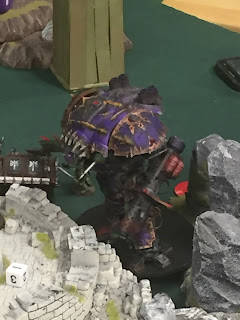 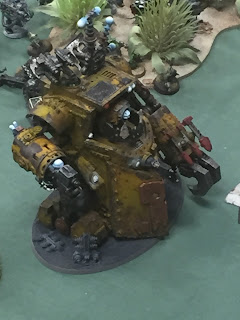 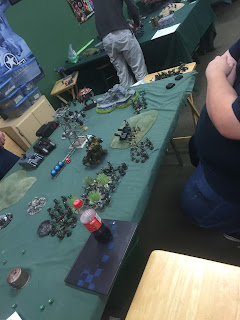 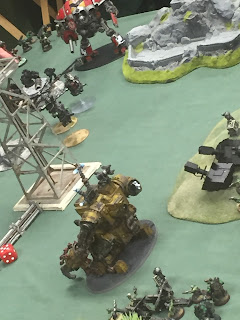 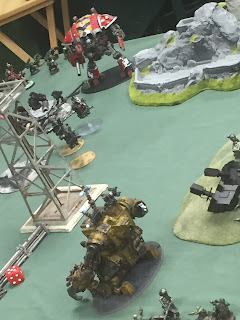