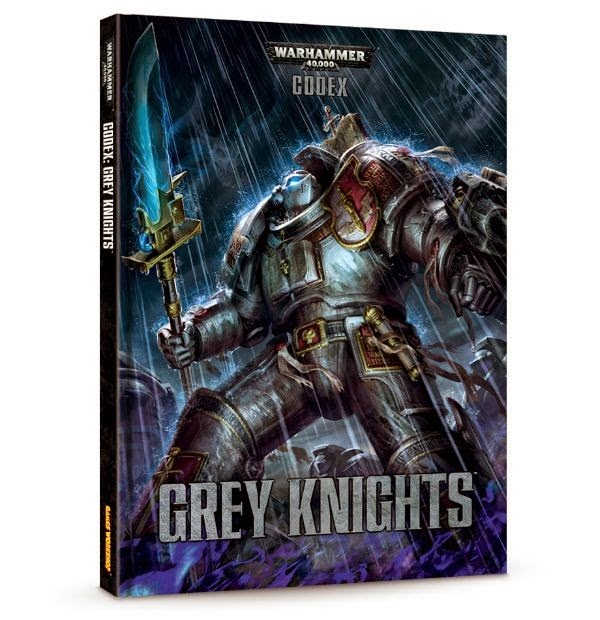 Assassins are Dataslates now
Dreadnoughts got a point increase and lost Psybolt. That's a big hit.
No more Mordrak and Brother-Captain Stern still sucks
No more Grand Strategy
Psychic Pilot vehicles are gone on everything other than Dreadnoughts
No awesome grenades (Rad, Psychotroke, etc)
Psycannons are Salvo weapons and Nemesis Halberds are +1S instead of +2I. Seriously...WTF. Now I have to re-gear every damn model I have. What a ridiculous change. Why would I need +1S when I have Hammerhand to already give me +2. Just idiotic IMO. Sure they reduced the cost to 2 for all units but this doesn't make up for it. It's better just to use the Swords.
Nemesis Force Swords lost +1 to Invulnerable Save
Nemesis Warding Stave lost the 2++ Invulnerable Save in CC.
Mindstrike Missiles on Stormravens are gone.
Nemesis Doomfists are gone.
Kaldor Draigo now just base S4 and T4 and is a Lord of War. But hey his cost went down...

I agree with 3++ Is the New Black when they say:

"All in all, though, I'm extremely disappointed with the half-assed job GW did here. A lot of people aren't happy with the Ork or SW codices, and perhaps that's fair- their is a certain lack of je ne sais quoi about them, especially when it comes to the fluff and picture sections. But the Grey Knights codex takes this leaps and bounds further, pulling almost all of the interesting parts of an already-borderline codex and giving them almost nothing in return. If this is the direction they are taking the game, I am not impressed or enthused."

For a great look at the codex head over to Blood of Kittens.
An awesome post by Capnmoe