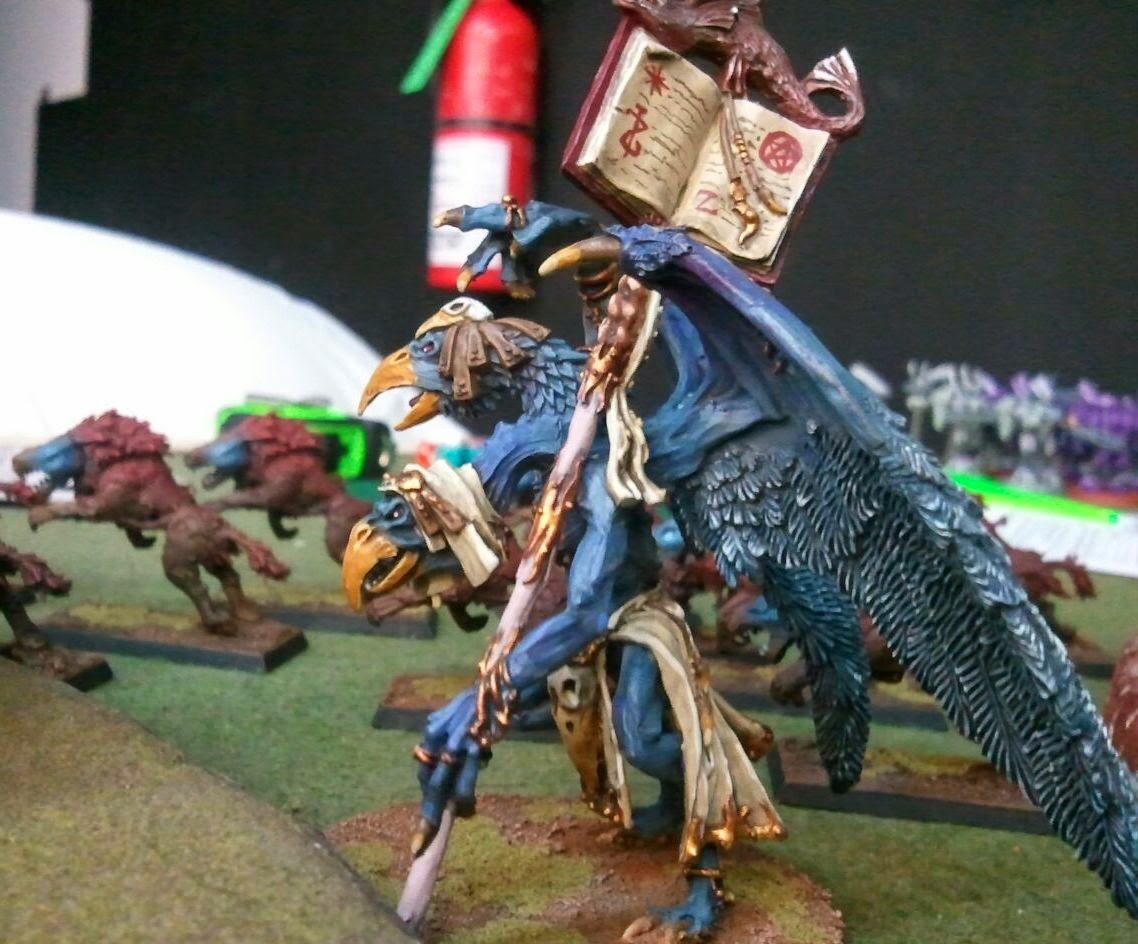 As 6th edition comes to a close, so has league play out our FLGS. That means it's open play at the club. I decided to get my Daemons on the table one last time as I had only ever ran them once in 6th edition. 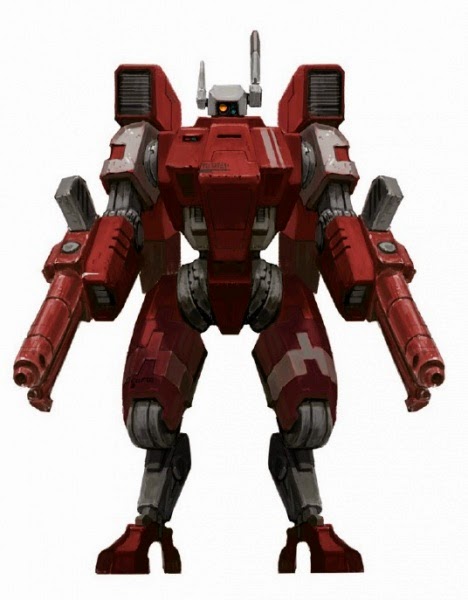 My Opponents list as best I can Remember (Farsight Enclave): 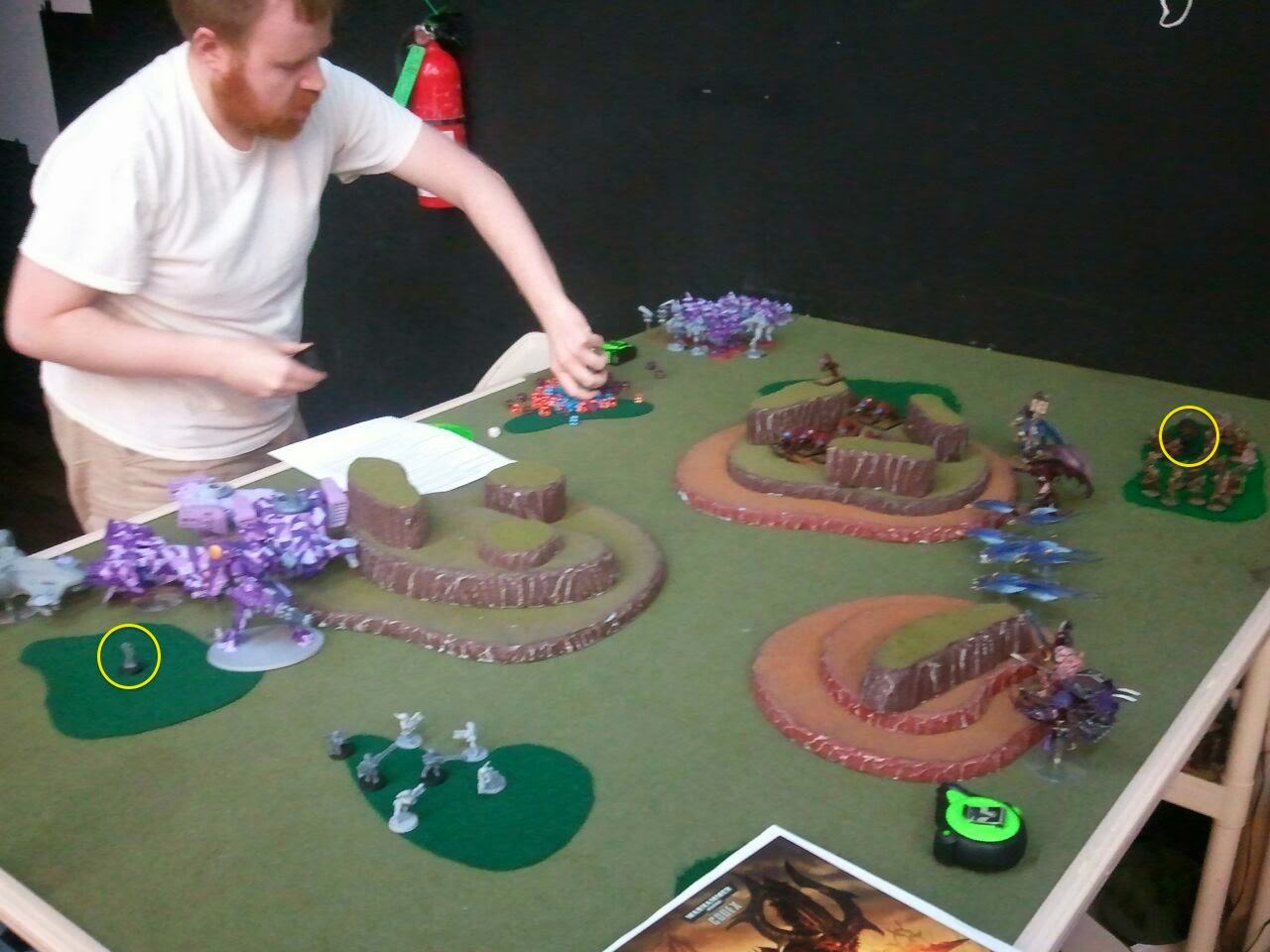 I won the roll to choose sides and grabbed the half with as much LoS blocking terrain as I could. I also won the roll to deploy first. There was no night fight and he would fail to seize the initiative. Our deployments, scout moves, and objectives can be seen above. 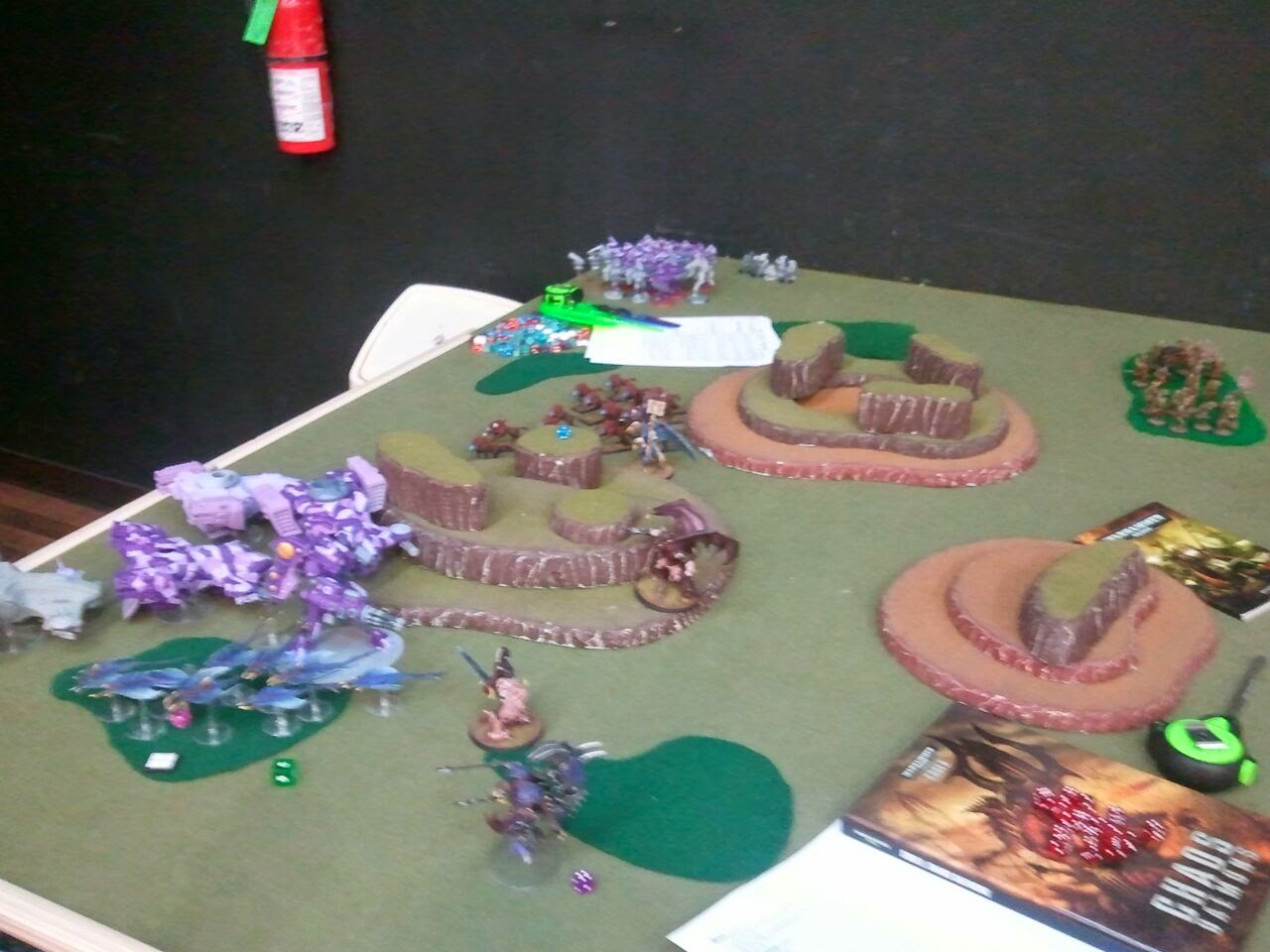 Turn 1: Iron Arm and Endurance went up on all the units that had them. Everything pushed towards his units except for the 2 units of Plague Bearers which remained on the objective. A combination of vector strikes and shooting from the Princes would kill the pathfinders for first blood. The purple prince took a wound from perils trying to Life Leech. The Screamers were the recipients of the Grimoire of True Names giving them a 3++ and since they were Tzeench they rerolled failed saves of 1. Essentially they only failed saves on a roll of a 2. They turbo boosted over the Riptide doing a bunch of slashing attacks, but my opponent made all of his saves. I totally forgot to do Warp Storm this turn. 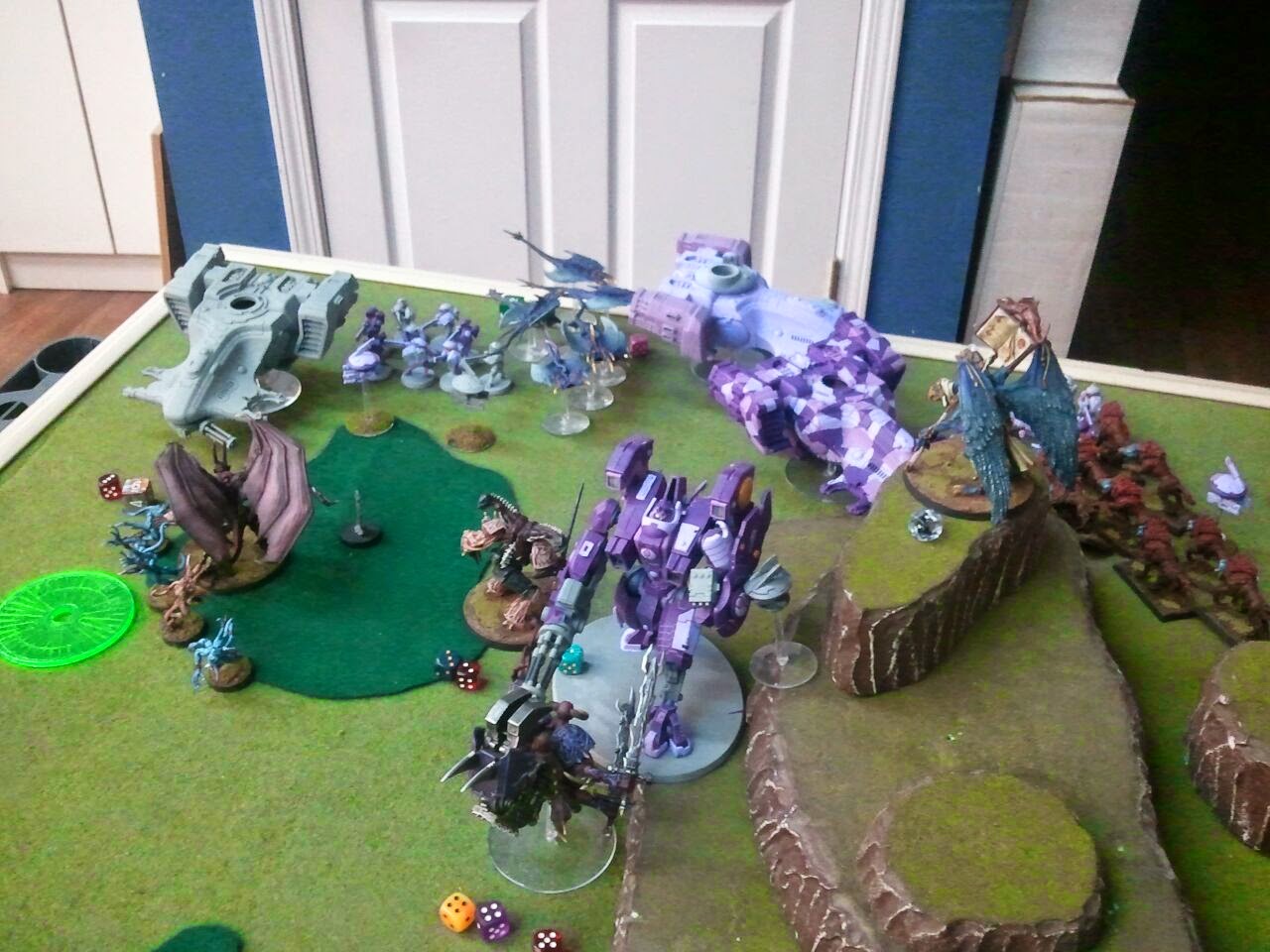 Turn 2: All my powers went up on my Princes and Fateweaver. Everything once again pushed forward into his lines except the Plague Bearers on the objective. The Portal Glyph was placed next to his objective and luckily I got a hit on the 4d6 scatter. It would creat a unit of 4 Pink Horrors which promptly made their way towards the objective and into cover. They fired into a Devil Fish and missed. Fateweaver shot at Fire Warriors but he denied the witch. One Prince assaulted and killed a Hammerhead. Another assaulted the Riptide and did one wound. The Flesh Hounds assaulted and killed a unit of Fire Warriors. I forgot to assault the Screamers into the second Hammerhead. Doh! The Warp Storm roll was the one for all Tzeentch units which managed to do nothing. The Warp would be calm for the rest of the game as I rolled a 7 or 11 for the rest of them. 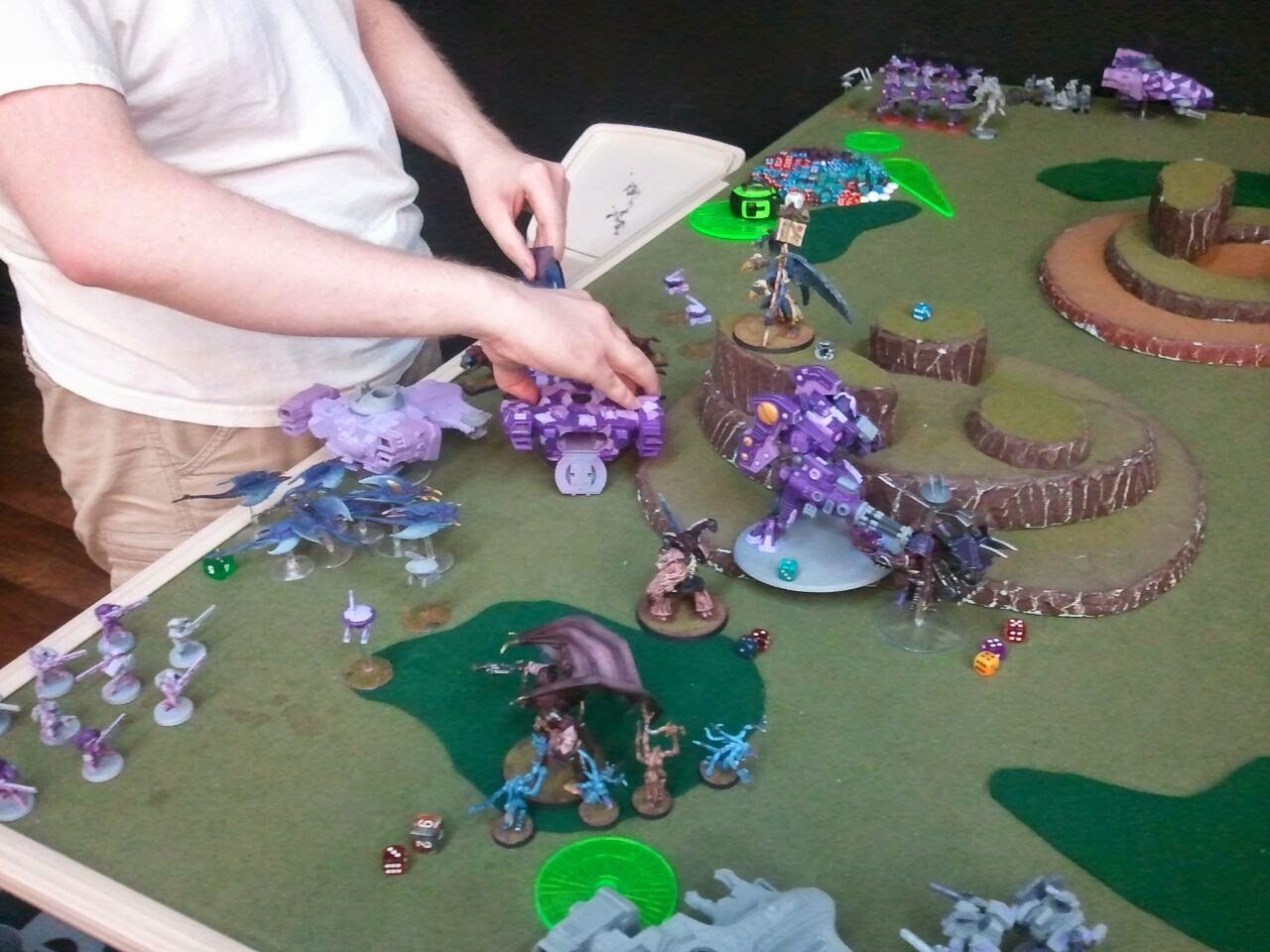 One unit of suits and Torchstar and the drones came in from reserves. The suits dropped in and attempted to take out the Portal Glyph and some Pink Horrors but failed to do either. Torchstar and his drones on the other hand killed 5 Plague Bearers near the objective. He moved a Devil Fish out to cover his Crisis Suits. Another Devil Fish Tank shocked the Flesh Hounds. Fire Warriors and the Hammer head killed a few Screamers. The Riptide lost another wound from the Prince but held strong.

Farsight and his unit came in near my objective in the rear. They would kill all but 4 of one of the Plague Bearer units while Torchstar and the drones finished off the other. His remaining Devil Fish and drones tried to kill my Horrors but only managed to drop one. The tickle fight between the Riptide and Daemon Prince finally ended with him loosing the combat and being swept. 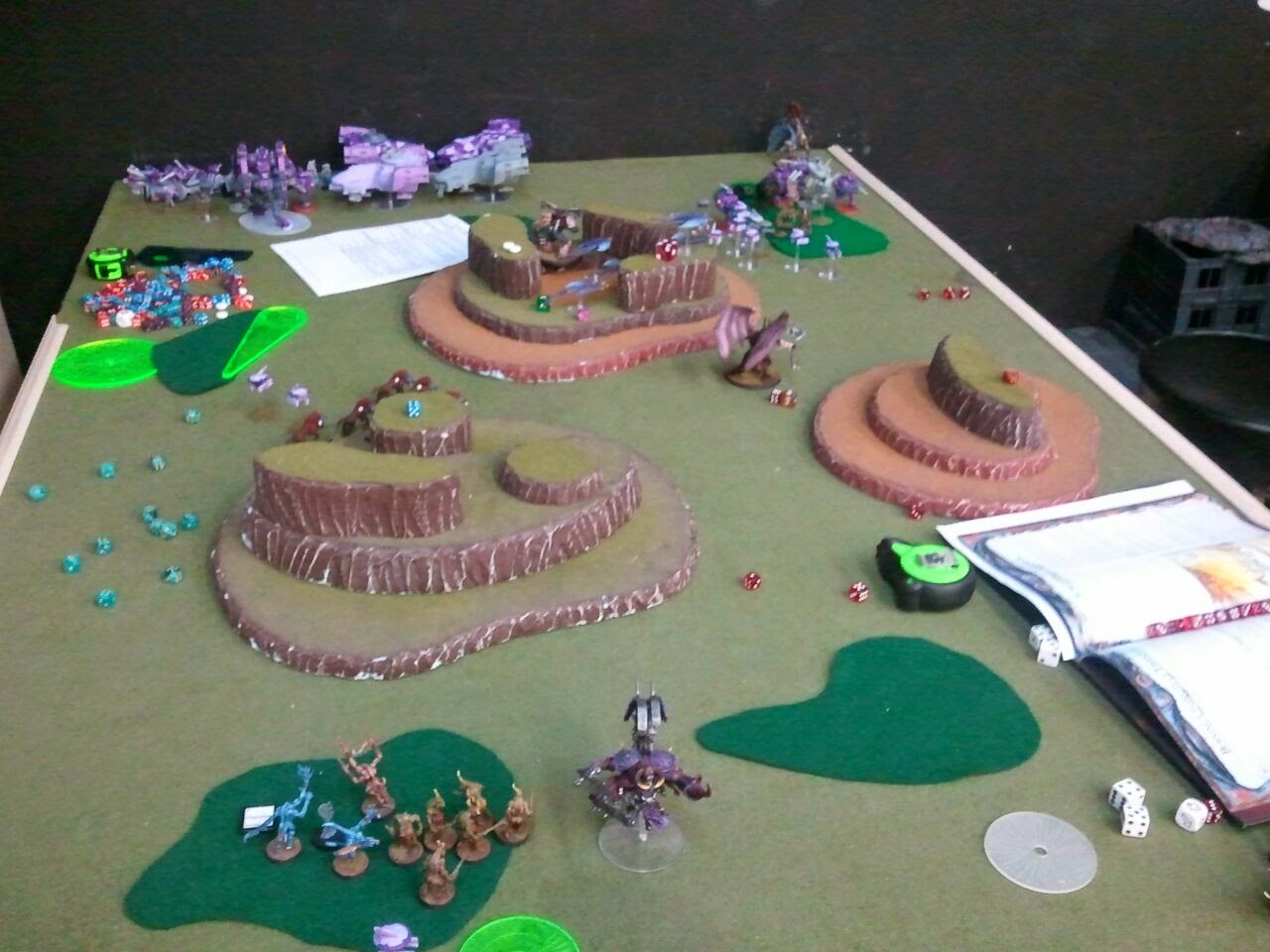 Turn 4: Powers again went up on everything. Fateweaver flew off of the board. The portal glyph spawned 6 Plague Bearers which headed for his objective. The Purple Prince assaulted and killed the Devil Fish. Everything else turned and headed for my objective. 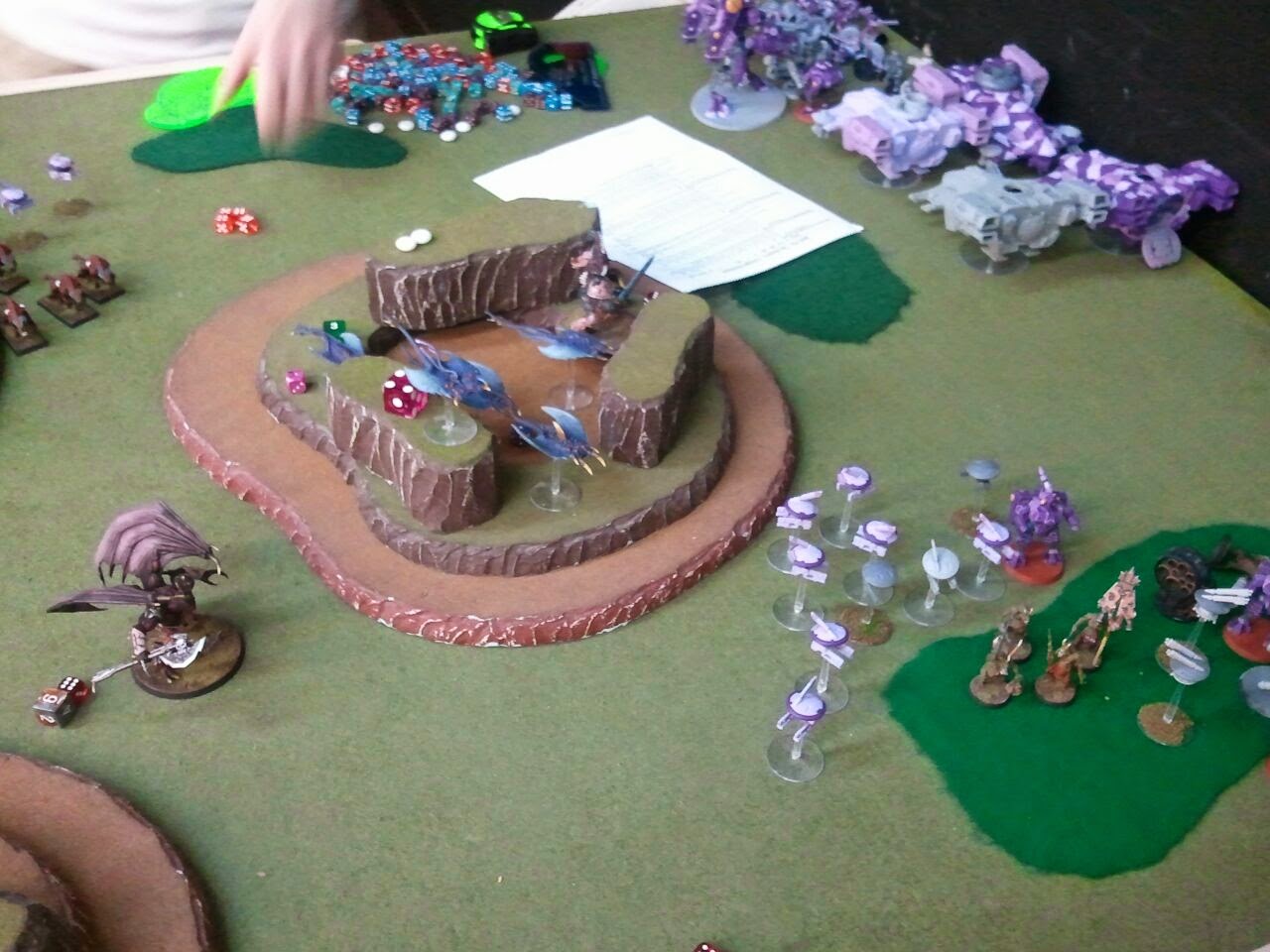 Torchstar and the drones killed a Screamer while Farsight and his unit killed off the 4 remaining Plague Bearers. 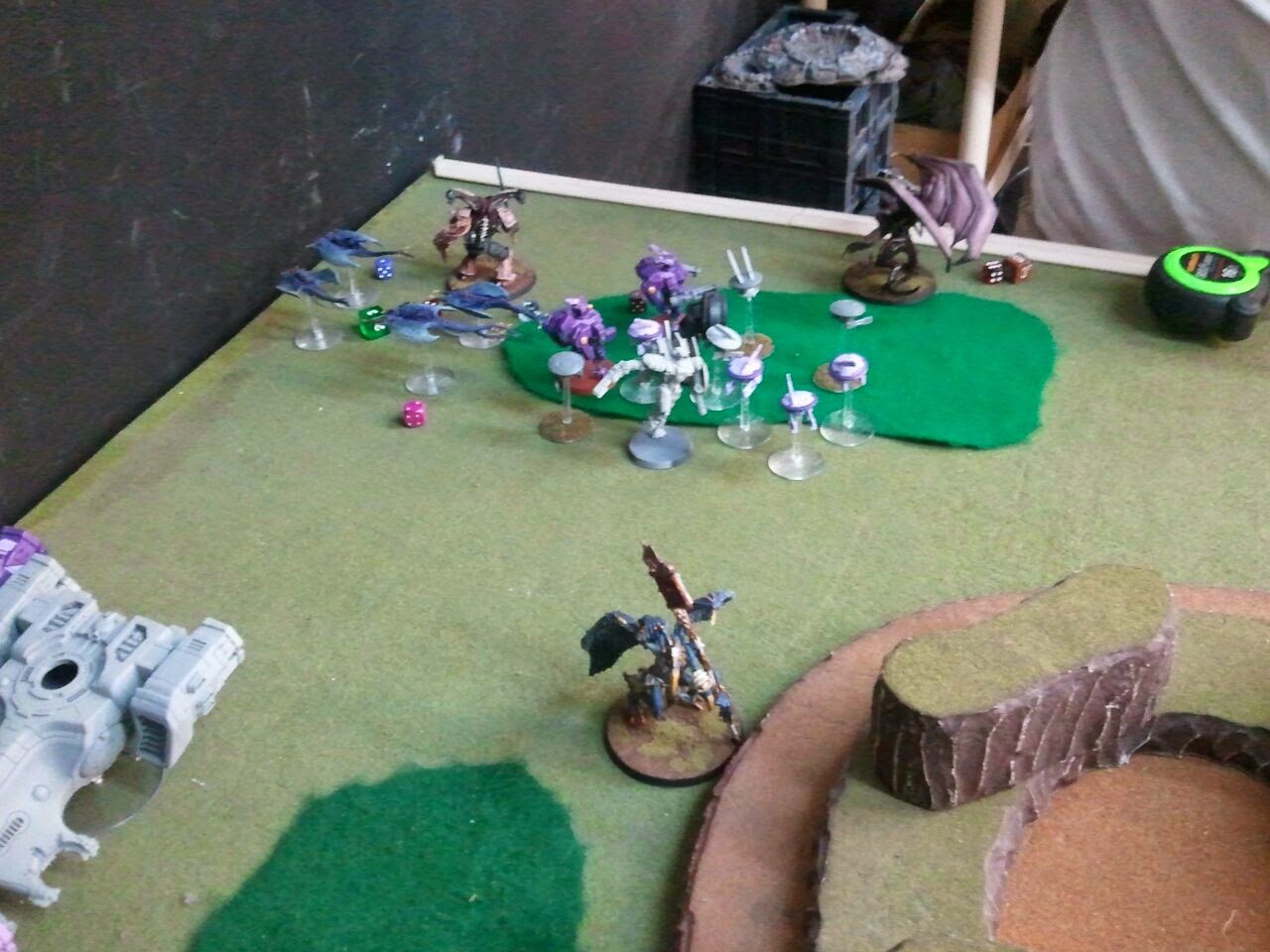 Turn 5: This turn was a last ditch effort of Princes/Fateweaver/Screamers doing vector strikes and casting powers to peal him off of the objective. I failed.

He focused everything he had into knocking Fateweaver out of the sky so he could try and get a point for Warlord. Luckily for me, I got to reroll my failed grounding test because of Fateweaver's staff and stayed in the sky. That put me up by 1 point.

We rolled and the game ended. 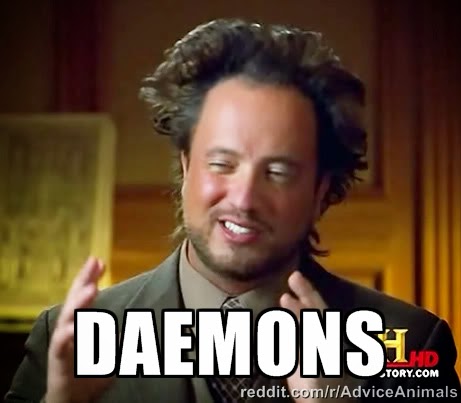 Victory for Daemons 5-4. It was a great game and a great way to end the edition.
An awesome post by Capnmoe