Siege World is in the bag! The ITC tournament was some of the toughest competition I've ever faced. Easily on the level of Adepticon competition. The toughest armies were by far 2 Chaos Renegades armies and a Super Friends Barkstar list. I, as well as others, sure as hell didn't expect to see Dark Eldar in the top 3.

This tournament really opened my eyes to the ridiculousness of the Chaos Renegades army. I had never played against them before, and in this tournament I faced them in 2 out of my 4 games. SO MANY ARTILLERY UNITS! You can see all of the Rapier Laser Desroyers and Earthshaker Cannons in the pic above. For an army like mine, theres almost no chance against something like this. He was also running the Masque to control the movements of opposing deathstars or large threats. This worked to his advantage on the top table as he went up against the Barkstar. If you're unfamiliar with the Barkstar, it's core is the Wolfkin formation from the latest Space Wolves codex combined with a ton of characters including Azrael giving the unit a 4+ invulnerable save. It's nigh unkillable. The Masque shut down the army so badly, that the Barkstar player conceded the game early since he couldn't move the distance he needed for his army to get into assault range. 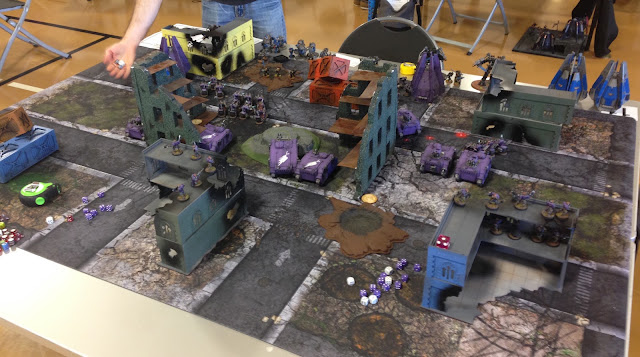 I also played against Grav Centurion heavy Space Marines/Grey Knights and Eldar. Both opponents were great players, but lacked the ability to mitigate my turn 1 alpha strike. When all was said and done I had gone 3-1 on the day. I was pretty pleased with my performance overall. I'm excited for next years Siege World ITC event which they plan on being a Grand Tournament.

Day 2 gave the ITC Tournament players the choice of joining into the HUGE Apoc game that had started the day before. Mother of god was there a lot of money on the tables. I had not expected anywhere near the amount of Titans that were on the table. Check out some of the pics below! 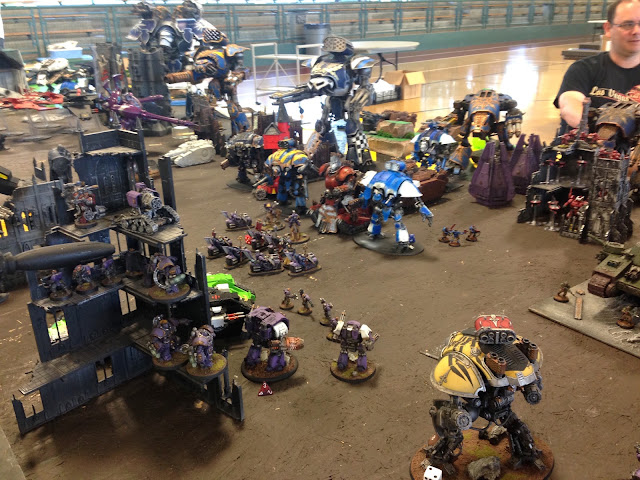 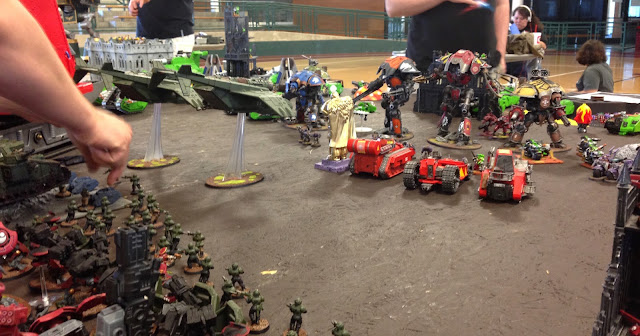 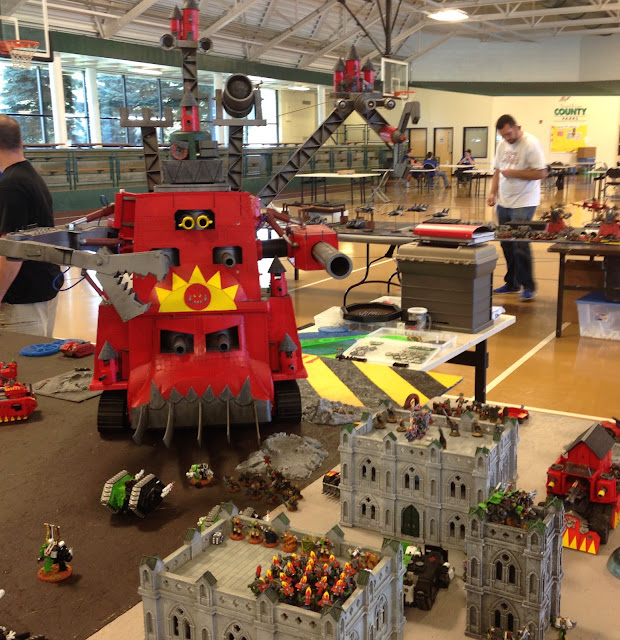 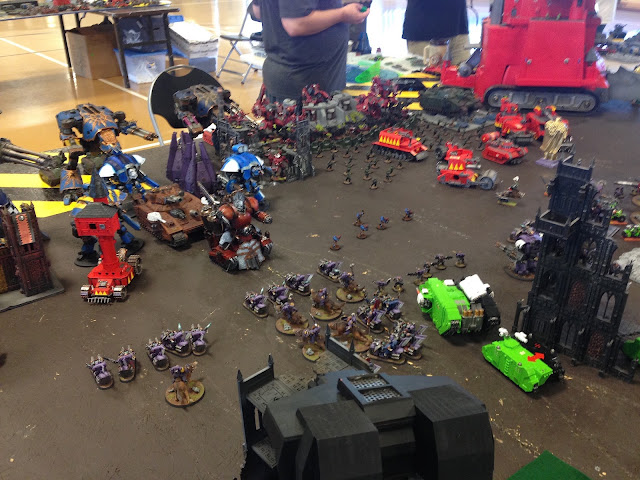 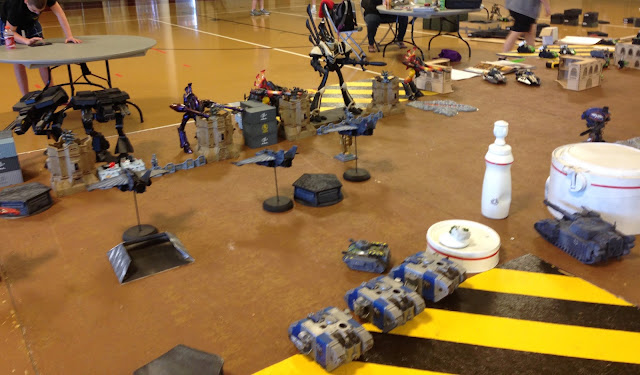 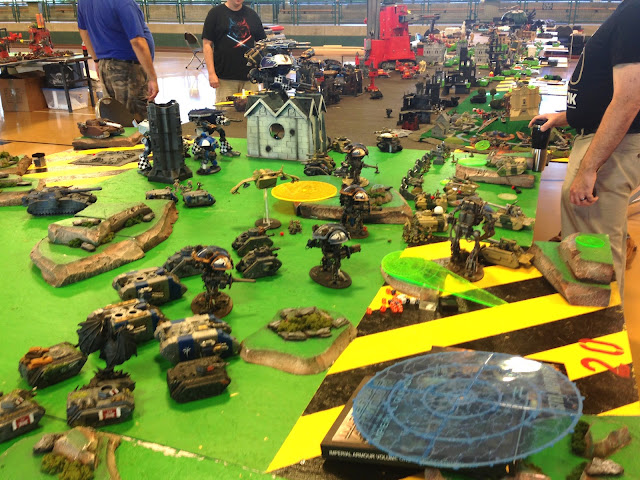