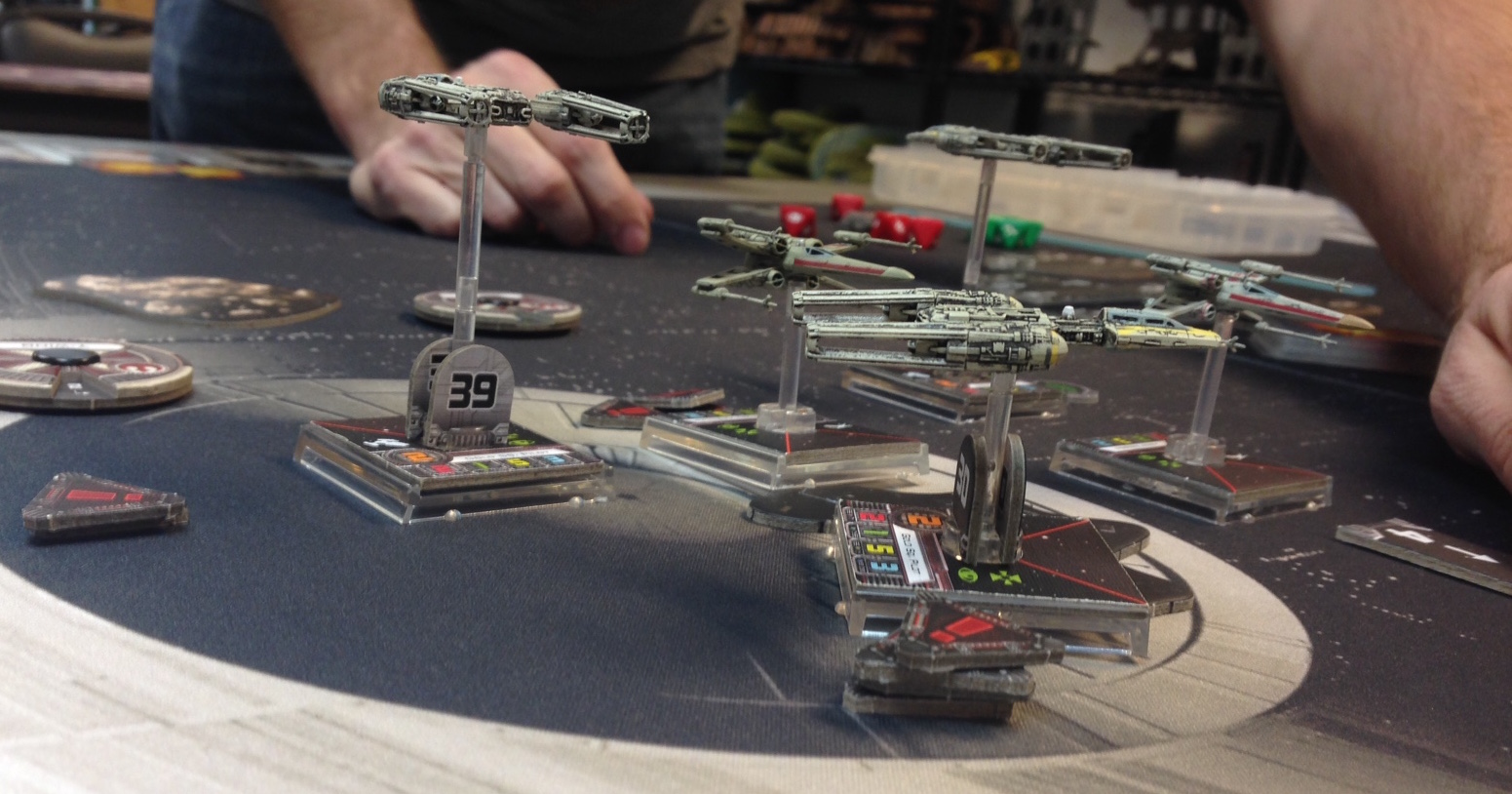 X-wing store championship season is in full swing.  Unfortunately, I already missed one of the three I had been planning on attending. Sometimes life just gets in the way I suppose. With the System Open at Adepticon looming close, I need all the tournament practice I can get. I recently made it to the championship at Castle Perilous Games and had a great time. The crowd was small but the company was good. 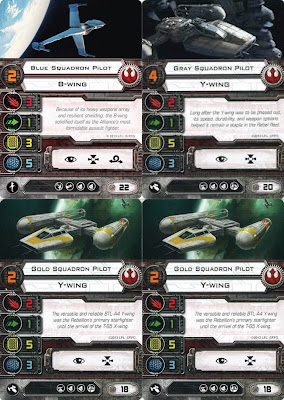 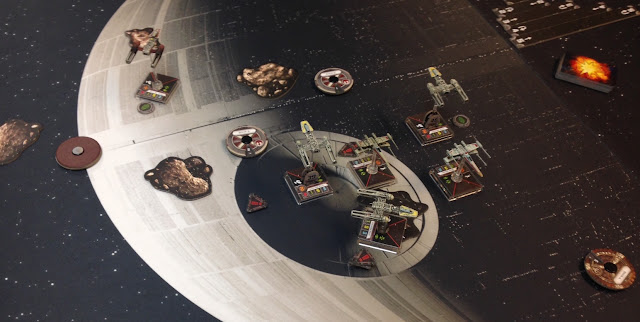 My first game was against Wedge, Wes Janson, and a Stress Hog Y-wing. The initial joust saw my B wing disintegrated. I did still manage to double stress and Ion Wedge and get a Tactician stress from the B-wing onto his Y. The next round would see me take out Wedge. After that my Y-wings tore his apart over the next few rounds. In the final round he took out my Stress Hog but with my last shots I manage to take Wes down. Win 100-51 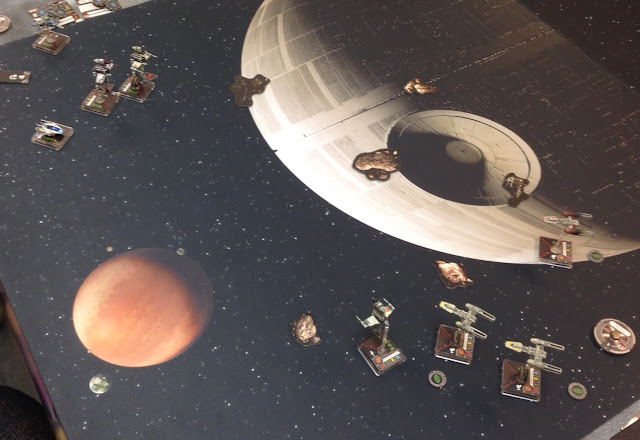 Next game was against Poe, 2x B-wings, and an A-wing. This player was fairly new to the game and that worked heavily against him. I tried to help him where I could with rules, but his lack of experience with flying his ships was what ultimately did him in. Final score was 100-25. 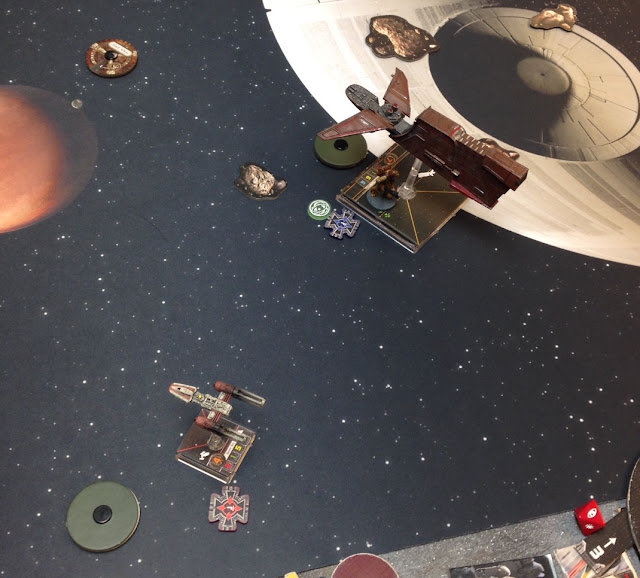 My last game was against a brutal Scum list featuring Bossk (heavy laser cannon, K4 security droid, mercenary co-pilot), Torkhil Mux (Moldey Crow title, blaster turret, recon specialist), and N'Dru Suhlak (Cluster missiles, lone wolf). He would end up alpha striking me and destroying my B-wing on our first pass. I slowly ate away at his ships the rest of the game managing to take out all but Bossk. Unfortunately, the only ship I had left by then was my Ion Y-wing. He would end up destroying me with 6 hull still left on Bossk.

At the end of the day I walked away with 2x alternate art C-3PO's, an acrylic range ruler, and a Challenge Coin.

This weekend is the store championships at Fantasy Books and Games. Wave 8 has also since been released and I bought into the Scum and Villainy portion. I picked up 2x Punishing Ones, a Mist Hunter, and a YV-666. Chances are high that I'll be bringing some kind of combo of those ships. I can't wait to see all of the awesome combinations people use with the new ships and cards.
An awesome post by Capnmoe