Finished up work on the three Riptides for my Adepticon list today. Two days behind schedule. Next up is the Stormsurges. 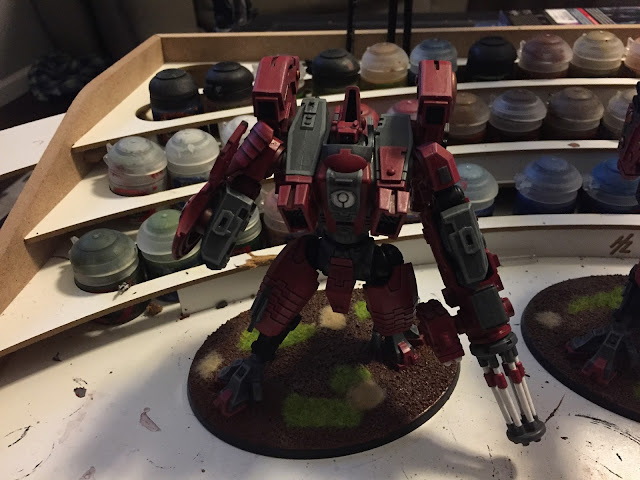 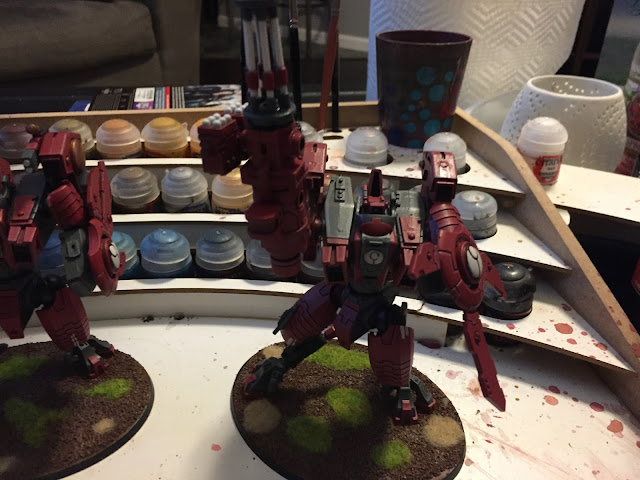 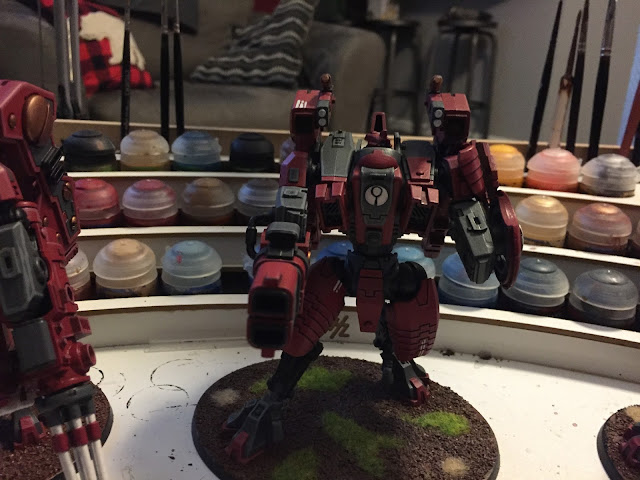 Also made a change to the army. By playing with the upgrades on the single Iontide, I was able to free up enough points to add an Ordo Xenos Inquisitor with three Servo Skulls (which I already have painted from previous efforts). In my test games with Adam (with him playing his White Scars Battle Company that you can see progressing along on this blog) I have many times come very close to winning to only lose by a landslide. Preventing his scout move will hopefully give me time to get into position to score more points and help me to have a better alpha strike vs his force while mitigating the damage I take in his first turn. Optimizing my list to play vs his is a very big factor as the Adepticon mission packet heavily favors his list (not just vs my list but in general) and I see his list being one of the most powerful armies that can be fielded in the format.

Only two models left to paint!
An awesome post by Unknown