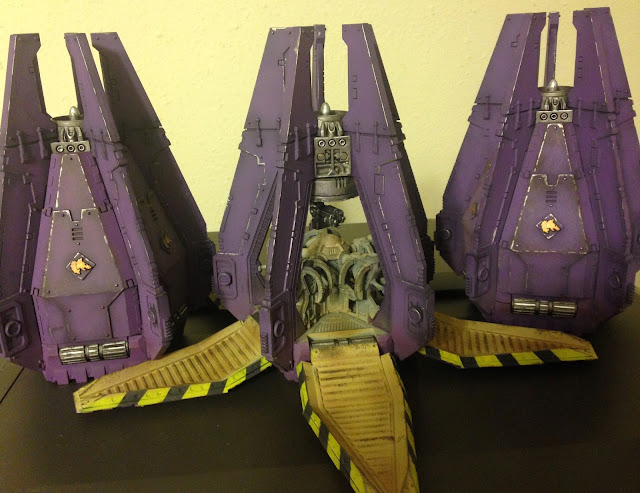 Annnnnnnnd the drop pods are complete. I tried a few new techniques on these that I had never attempted before. I wanted the pods to combine my smooth clean style with a slightly weathered style. In the end I think I pulled it off. The only thing I may do at some point is paint some kind of computer display on the spheres in the center of the harnesses. For the time being though, I think they are fine the way they are.

I also got to play in an ITC style tournament this past weekend at Rarity Games. Having played a handful of games with it now, I decided to bring my AdMech War Convocation.

Game 1 was against an Eldar/Space Wolves/Space Marines list. It had everything you would expect to find from those armies: Wraithknight, Scatt Bikes, Thunderwolves, and Grav Centurions in a pod. After taking a devastating alpha strike on turn one, I was left with only a handful of units on the board and Thunderwolves and Centurions in my face. My Grav Destroyers, Knight Crusader, and Vanguard did some epic work in my turn to shift the balance back in my favor heavily. I wiped out the Wraithknight, his Centurions, and unit of Scatt Bikes in my turn. After that, it seemed the wind was totally taken out of his sails. AdMech win 11-2. 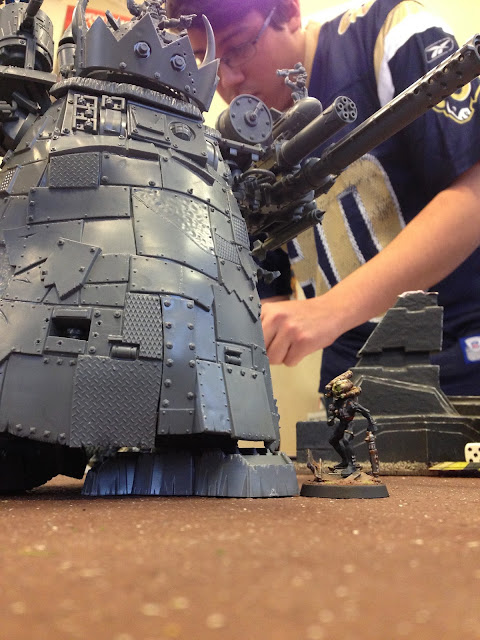 Game 2 was against the new Orc list that was recently voted into the ITC. It gets the army a Stompa for roughly 60% of its normal point cost. This game was tough as hell. He had bikes and trukks in my face and a Stompa running straight at me. I managed to take down 6 of the Stompa's hull points before I lost everything else that could hurt it. At that point I charged in my Culexus Assassin! Amazingly he held the Stompa in close combat for 2 turns allowing me to tie on the Primary and Secondary missions. Sadly I still lost on Tertiary missions. AdMech Loss 0-2. 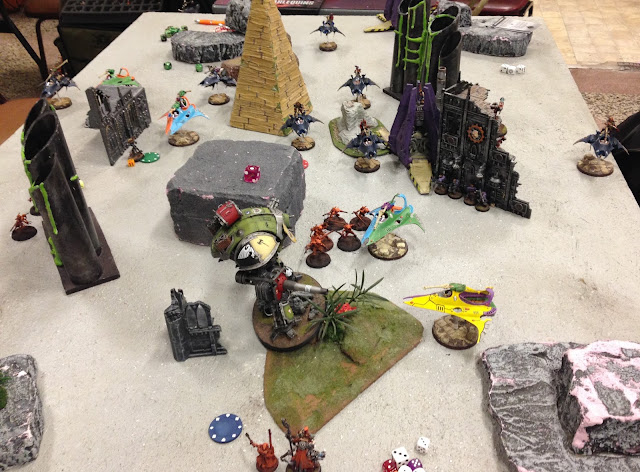 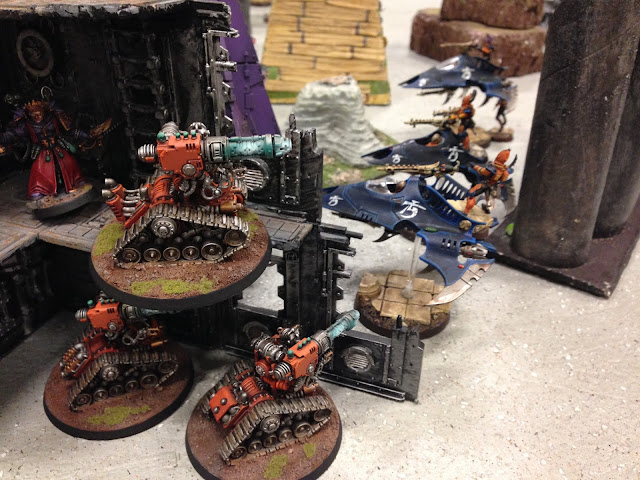 My final game was against Harlequins and Dark Eldar. The list had something like 12-14 AV10 skimmers. Full on MSU. The flamers on my Destroyers were the MVP's of this game. Flaming up to 3 open topped skimmers at a time and roaching all the guys inside. This was another AdMech victory 11-1.

In the end I managed to squeak out a second place victory.
An awesome post by Capnmoe