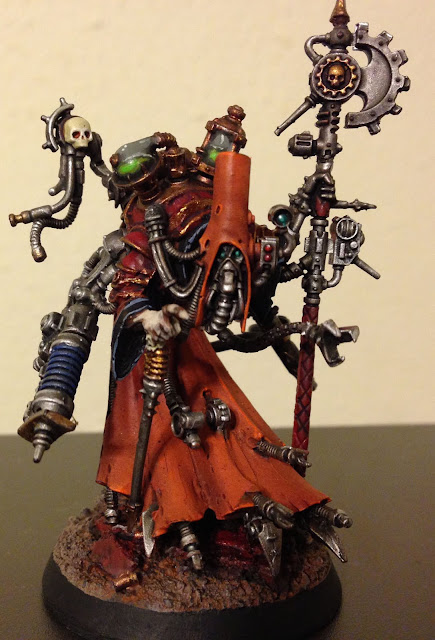 I know I said I was doing my drop pods next but unfortunately, the nozzle broke on my detail airbrush halfway through the process. So I put them on hold and airbrushed the Skitarii/Cult Mechanicus portion of the War Convocation in the red/orange base color I decided on. I'm going for a Ryza scheme for the army which should match my Cerastus Knight-Acheron. The only thing left to do on this guy is some OSL on his Eradication Ray. That's going to have to wait until my new airbrush nozzle arrives though. Next up is the 6 Kataphron Destroyers.