Change of the Guard

The Shadowsword was a great addition to my tournament army as it gave me an answer to big things in the form of a ranged large blast D.  Ranged D has been nerfed.  The Superheavy rules also made this a somewhat risky choice as if it died it can take out large chunks of my army (and its a 500 point tank).  See the report of my game one at diecon for evidence.

In its place, Tigi has joined the guard and is bringing some Cents, Scouts, and a Drop pod.  So far, I have painted up the Cents. 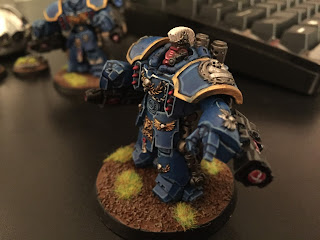 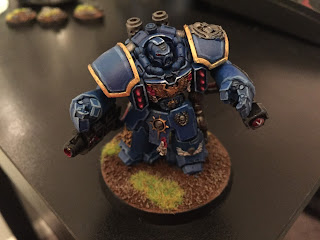 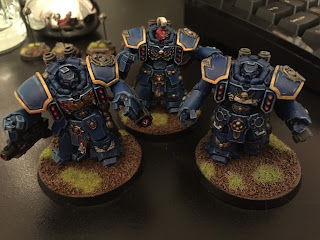 Step 2: Take out a priest and add in the Inquisition

This accomplishes two things very nicely.  Number one it allows me to take Servo Skulls and with the addition of the new Space Marine (especially scouting bikes) to the mix of Death Star style builds out there I want to control where they are turn one. There is also usefulness gained in my Wyverns with the lesser scatter and the drop pod with the Cents is a little bit more accurate with the Servos.  It also gives me one more die in the psychic phase which brings me to the wonderful number of 5 dice per phase min (3 for Tigi, 1 for the Inquisitor, and 1-6 for the die roll). As long as Tigi has Invis (75% of games he will), I can throw 5 dice at the spell every turn.  Finally, the Inquisitor allows the squad he is in to go to ground while the Priest did not which leads me to... 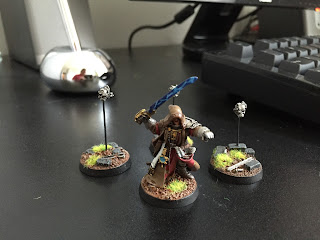 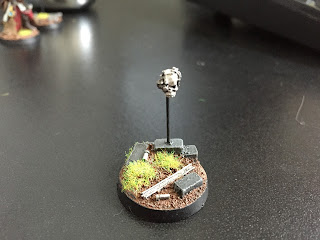 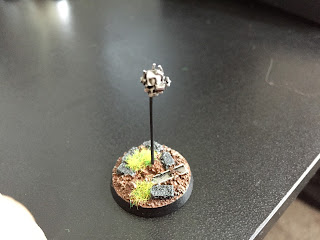 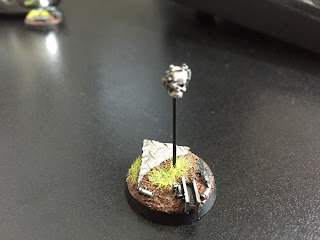 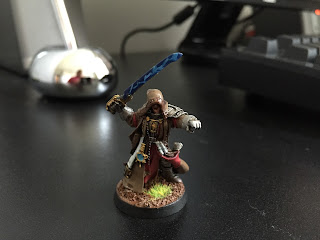 Place my Lascannon blob behind this (and the Wyverns as well) and suddenly I can go to ground for a 2+ cover and use an order to get back up the next shooting phase. Love it.

The working list I have at the moment is as follows:

HQ
CCS with Lascannon and Officer of the Fleet